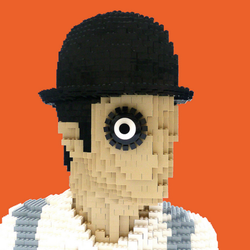 The purple dragons, with a pure coat, live to the east, bring spring and predict the future

Green dragons are solitary and appear only when they are needed, but they are the most widespread and the most loved.

Red dragons live in the West and, like black dragons, cause storms with their fighting

The dragon (in Chinese called long) is a very important fantastic animal in China: in Chinese culture, this creature is a symbol of wisdom, power and luck. Unlike western dragons, eastern dragons are generally considered to be benevolent and gentle creatures. Historically they are a symbol of the emperor of China, but in the West they have long been an emblem of Chinese folklore and art. The many Chinese proverbs are present and in their honor temples and shrines have been built. The Chinese see in the dragon many divine attributes to which they aspire themselves, not for nothing do they often give the name of "descendants of the dragon". Since these creatures are held in high regard, it is considered inconvenient (if not a real taboo) to stain or ruin the image of a dragon, while the tattoos depicting this creature symbolize strength, courage and wisdom.

Chinese dragons control rain, rivers, lakes and seas. They can ward off evil spirits, protect the innocent and give security. They fly in the sky among the clouds and in many images they are represented playing with a flaming pearl that, according to a legend, gives them power and allows them to ascend to the sky, and is a symbol of wealth, prosperity and luck.

The Chinese dragon embodies the concept of yang, while the yin materializes in the mythological female figure of the phoenix. Often the emperor of China is associated with the dragon, usually a yellow or golden dragon with five claws per paw, while the empress is associated with the phoenix.
Furthermore, the dragon is one of the 12 signs of the Chinese Zodiac. People born under the sign of the dragon enjoy good health and are very energetic, intelligent and tenacious, but they can also be impulsive, stubborn and find it very difficult to accept defeats.
Chinese dragons have the body of a snake, four legs and are generally wingless. They are said to be a composite set of various other animals: snake body, deer horns, eagle claws, tiger paws, carp flakes and demon eyes. According to tradition they have 117 scales. They are usually represented with 4 legs, but the dragon representing the emperor has 5 legs while the Japanese dragons are depicted with 3 legs.

I hope you enjoy and suopport my project