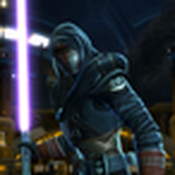 By LoreFreak1
6 comments
I would like to start off by saying that countless star wars fans around the globe would pay tons of money to be able to add the Revan lego minifigure to their collection. Just simply open up your internet browser, go to google and type in the following term: "Revan lego". The amount of different fan made creations that will pop up in your search engine will surely surprise you. That is not all though. If you go to ebay, there are actually Revan minifigures with printed decals being sold for ridiculous sums of money, way overpriced.

Star Wars fans love the Old Republic era as much as they love the original six movies directed by George Lucas. Due to the creative freedom that the said era allows, it amounts to a great portion of the Star Wars Expanded Universe. Storylines of many Star Wars books and games took place during the Old Republic era. First Star Wars RPG entitled Knights of the Old Republic (https://en.wikipedia.org/wiki/Star_Wars:_Knights_of_the_Old_Republic) received immensely positive response from both the critics and the players. Because of the game's popularity, shortly after, Knights of the Old Republic 2 - The Sith Lords game (https://en.wikipedia.org/wiki/Knights_of_the_Old_Republic_2) was developed - the game received exceptional notes in the gaming media, as well as a very positive feedback from the fans. Later on, the Darth Bane trilogy written by Drew Karpyshyn (the lead writer of KotOR) was released. Few years later, after being in development for a rather long time, The Old Republic MMO was released. The sales exceeded all expectations, reaching over 2 million. Four books based off the SW:TOR MMO were released so far, including the most successful one: "Revan". All the games and books are somehow related to the character of Revan, who is without a question, the most famous and iconic expanded universe character.

The set that I am about to showcase is based off one of the final scenes from the Revan novel's last chapters.

Revan, after being freed by Meetra Surik also known as the Jedi Exile, teams up with Lord Scourge and takes on the ultimate villain, over 1,000 years old Sith Emperor who is planning to annihilate every living being in the galaxy thus becoming unimaginably powerful and in turn invincible, being able to shape the galaxy in his own liking, remaking it from the ashes.

The showdown between Revan and the Sith Emperor is crucial in terms of the Expanded Universe's storyline and paves way for future events that are portrayed in the Old Republic game.

The set would include the following minifigures, 7 in total:
- Revan (one lightning bolt to be included, along with another lightsaber color variant - purple)
- Meetra Surik (http://starwars.wikia.com/wiki/Meetra_Surik - blue lightsaber, medium blonde hair, jedi robes)
- Lord Scourge
- T3-M4 (as portrayed on the following image: http://images3.wikia.nocookie.net/__cb20071012010222/starwars/images/f/fb/T..., in a way he is similiar to one minifigure that you already released in another Old Republic set: 9497 Republic Striker-class Starfighter™, T7-01)
- The Sith Emperor, Darth Vitiate (two lightning bolts to be included, along with the red lightsaber, pref black or golden hilt)
- Imperial Guard ( visit http://starwars.wikia.com/wiki/Imperial_Guard_(Sith_Empire) to see how the imperial guards during this era actually look, they are very similiar to the ones present in the sequel trilogy)
- Imperial Guard Captain Yari (female name, looks as described by the author in the book)

+ Extra one, HK-47 (probably the most sought after lego minifigure, after Revan that is, you can find more about how it looks here: http://starwars.wikia.com/wiki/HK-47)

The Revan minifigure should have alternate heads with his mask on and off. Also, hair should be included for the latter head variation.

The scale of set is to be determined, but I would advise to make it slighty bigger than your 75017 Duel on Geonosis set. Perhaps it would be wise to use some in-game models directly from the Old Republic game. (as an example: http://images2.wikia.nocookie.net/__cb20120310194040/swtor/images/d/d4/Empe...)

Below I attached both arts and in-game screenshots coming directly from the game, that should be helpful while designing mini-figures for the set. 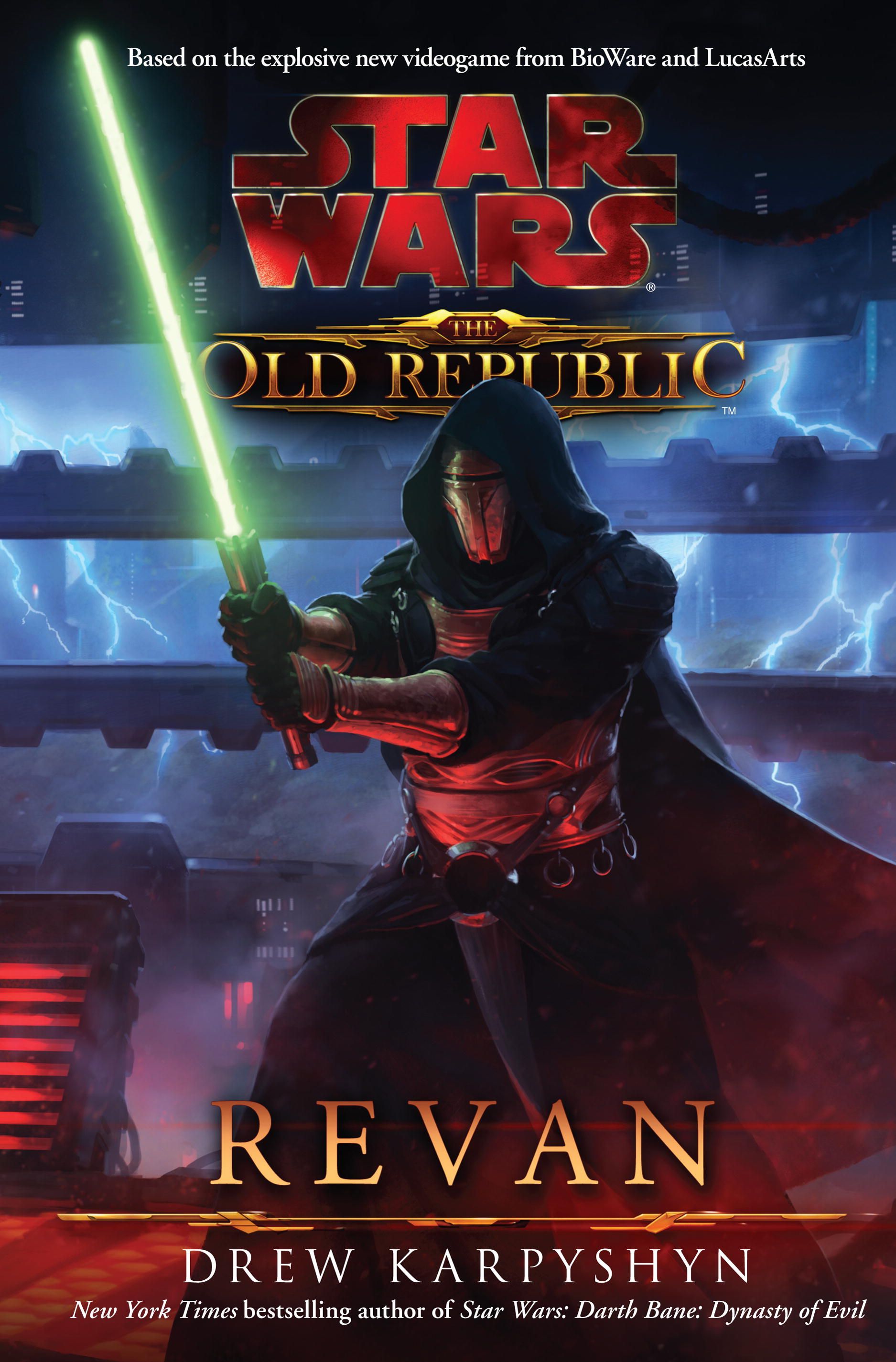 Cover of the novel, portraying Revan, the Prodigal Knight while facing the Sith Emperor. 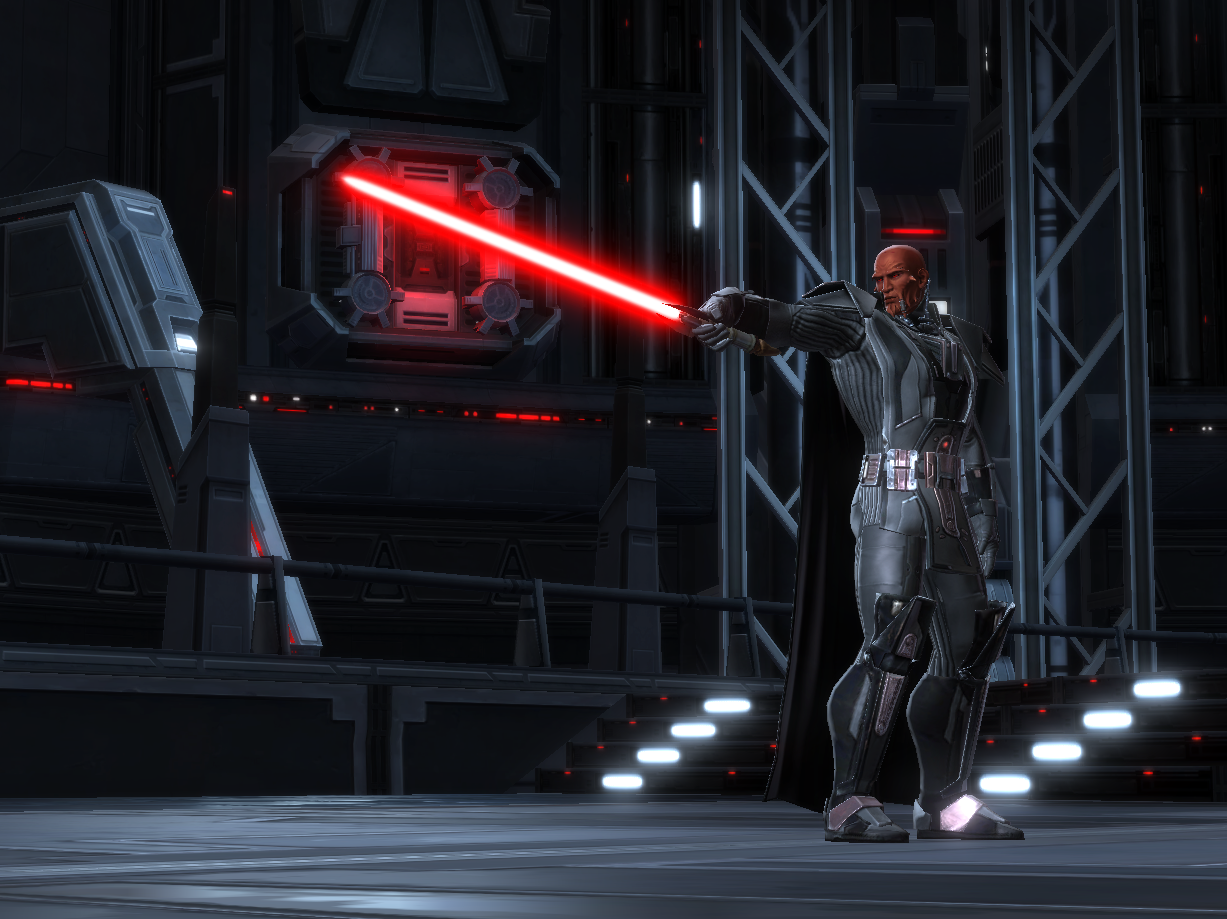 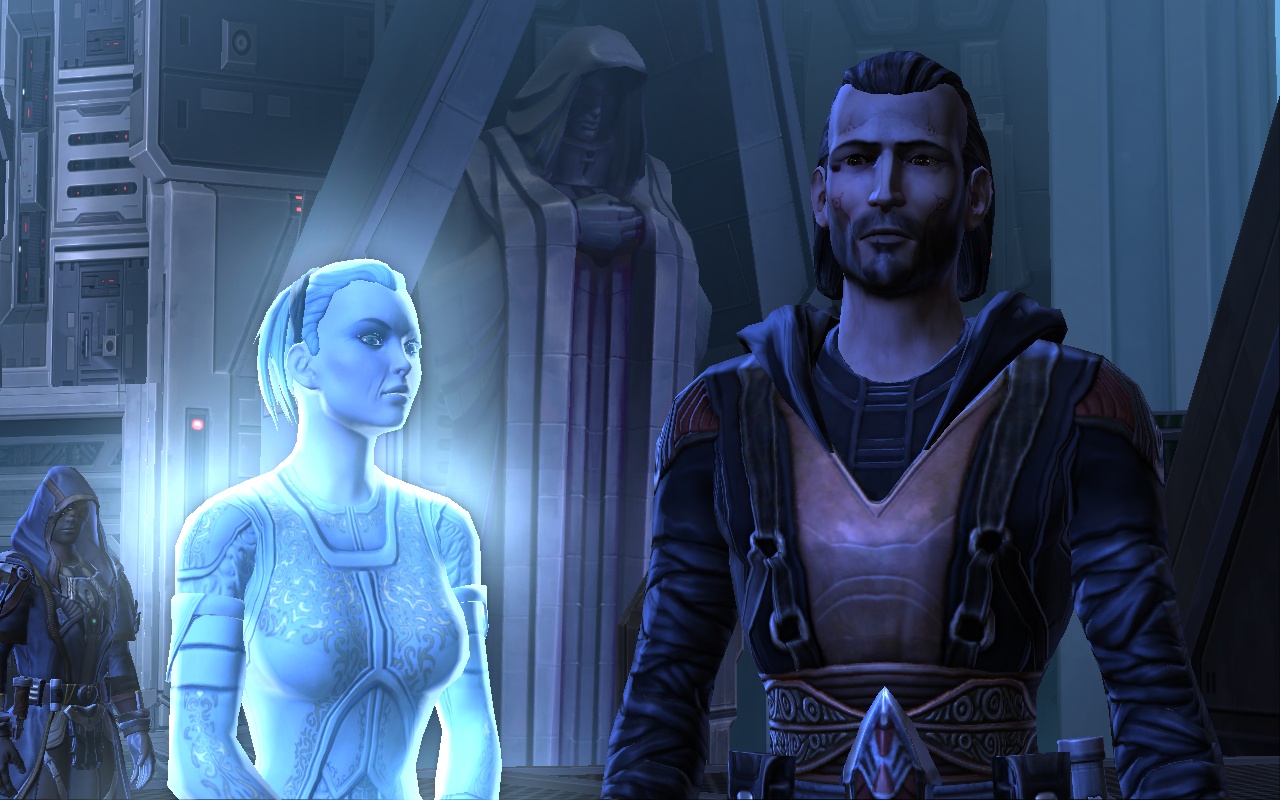 Revan, along with the ghost of Meetra Surik 300 years later after the showdown with the Sith Emperor (during the confrontation, she dies by being stabbed from behind by Lord Scourge - his act of treason being, according to him, a necessary, lesser evil).

Revan's look did not change in any way druing the 300 years period due to the fact, that he was being held priosner by the Sith Emperor in stasis, with use of sith alchemy that prelonged this torment. 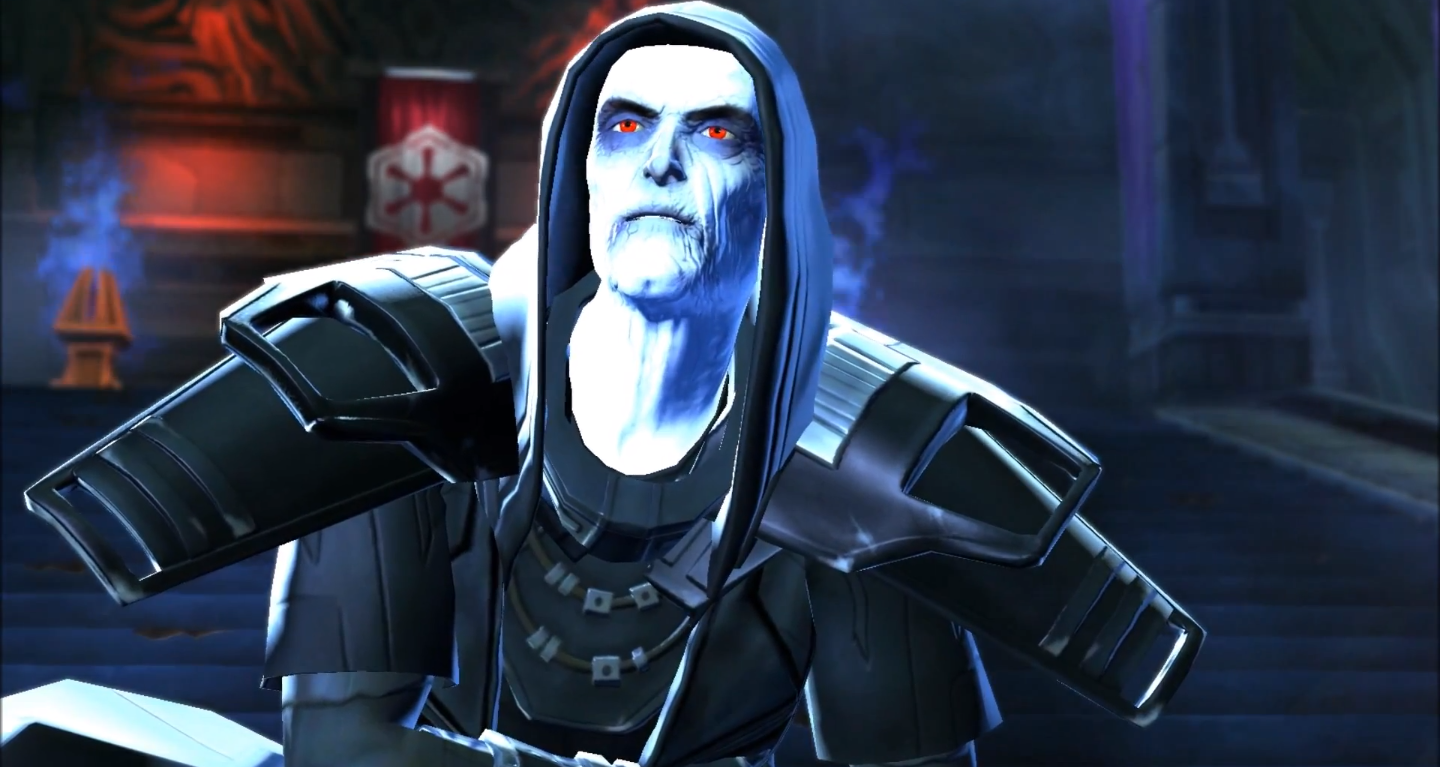 The Sith Emperor. More information about him can be found on: http://starwars.wikia.com/wiki/Sith_Emperor

The Emperor is depicted in many ways throughout the game. It is hard to state what he truly looks like. It would seem that his real body is in fact of a pureblood sith (same race as that of Lord Scourge) though the matter is ambiguous.