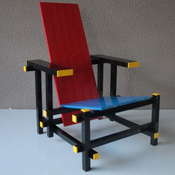 By Rabbitdesign
0 comments
I have been more or less intrigued by medieval instruments. Especially those once from DaVinci. A few months ago a was watching the movie Timeline which triggered me to build a trebuchet. In general I had no clue how such an equipment works. After some investigations and several rounds of try-outs I managed to get the thing working.

I used some real size wooden building instructions and sized that down to this one. As you can see I don't have enough lego to build it in one and the same color.
At the end of this article I submitted a MLcad drawing image in one color.

For me the moment to publish it here as a set suggestion. It really works like the once from back then.

As thread I suggest to use the new version from the new crane set 42009. Besides that as sling pouch you can use the thread net 10x10. 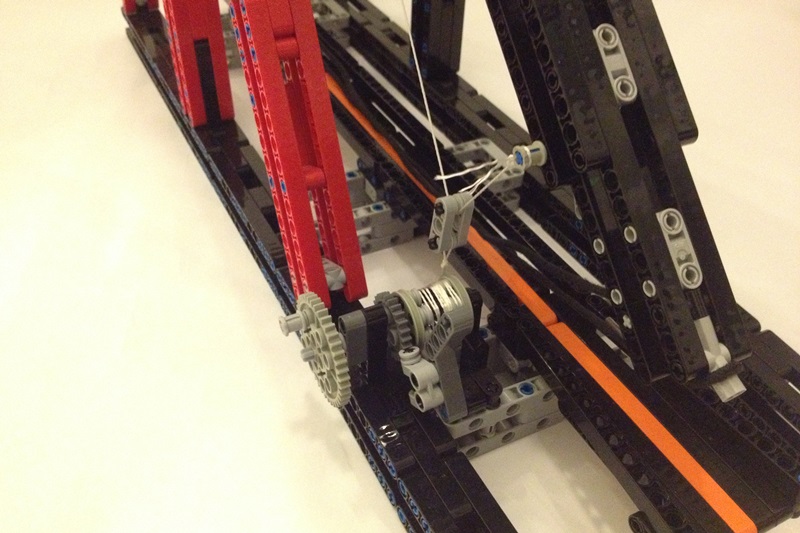 Next was the topic how to get the sling back to position? After some more invastigation I added the winch as well. With the moving catrol you keep momentum add maximum as possible which makes it easy to tow the sling back in position. 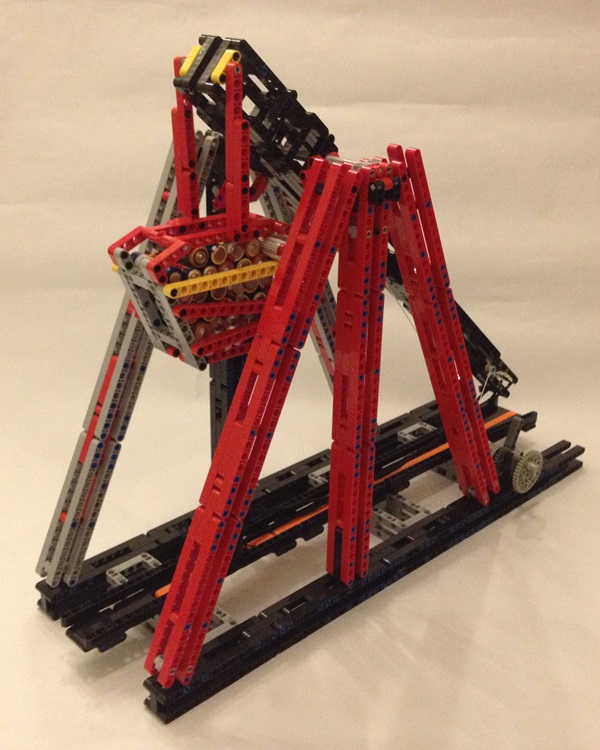 As counter weight I started with 3 battery holders but that wasn't enough to do the work. The big marble just crossed 2.5 meters max. Finally a came up with the basked shown in the picture. This basket I filled with around 40 AA batteries. This was heavy enough for my satisfaction. The construction can handle more however.

Also the turning point of the sling was very important. After a few tries this was finally the best result with the given weight. 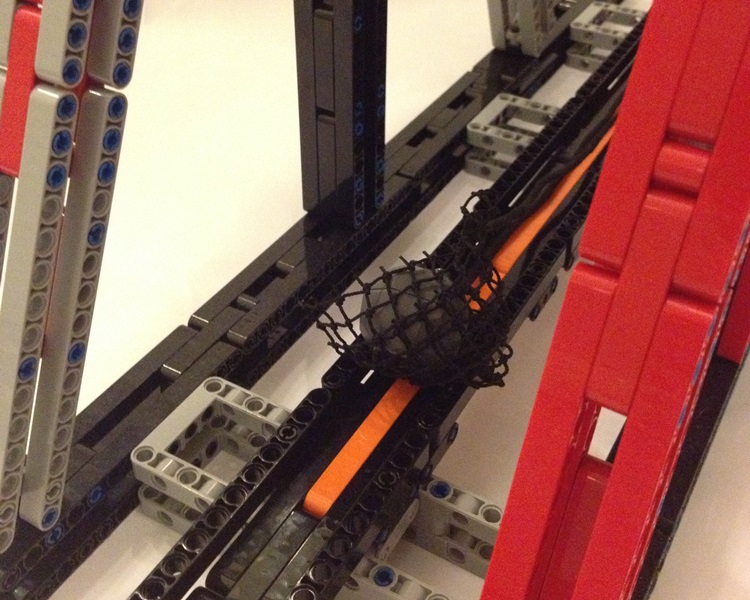 Now what to throw away?? Initially I used marbles. I was lucky I tried it first outside! With the batteries in the counter weight basket the marble flew more than 4 meters!

After some more modifications and improvements my son got a lego City set as present with a Lego boulder rock. This one you have to make heavier with a small marble and that one flies even more than 7 meters! 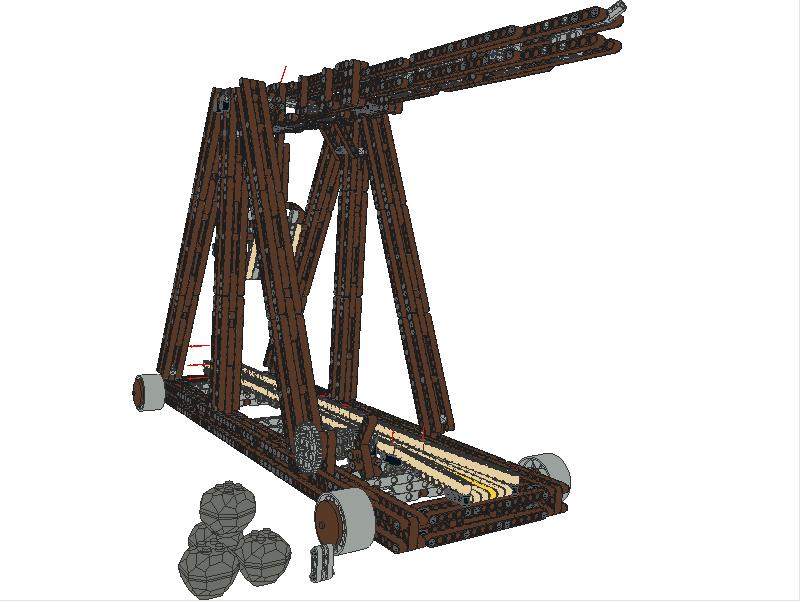 To provide a better impression I created a digital version with MLcad just in brown color to mimic the wooden construction. This one also contains wheels.