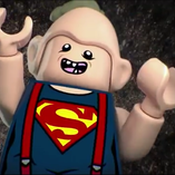 By The Lego Master
2 comments

The Goonies is one of the most iconic movies of the 1980s. It gave us the deformed, yet lovable, Sloth, the bickering Fratellis and the accident-prone klutz Chunk. Though it was released nearly 35 years ago The Goonies still are close to the hearts of many adults and children. This product would offer more minifigures of your favourite characters stand beside lovable Lego Dimensions Sloth. This set would fit in perfectly with the LEGO Ideas franchise. If we have The Beatles and Ghostbusters why can't we have Goonies? I hope you will support this LEGO idea.

This set is will help kids and adults re-enact the moment in the movie when the Goonies are trapped in a cave and have to play the skeleton piano to escape. If they play too many notes wrong, the floor will fall in, revealing sharp rocks below. The cave has a staircase leading up to the bone organ, which has two concealed trapdoors in front and on its left that fall in when you pull out the knobs beside the trapdoors. The bone organ is set on a slightly raised platform and is made out of skeleton pieces and other elements. To the right of the organ is a hole and stone wall. You can lower the wall for the goonies to escape by twisting the knobs counterclockwise. Behind the stone wall is a slide that the Goonies can slide down.

By The Lego Master
2 comments