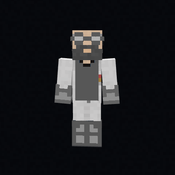 By DCMetro
17 comments
Based off the fourth season of TV Show on the Discovery Channel, I have built two BattleBots, DUCK! and Tombstone. Each of the bots have a feature which represents their main attack from the show. DUCK!'s lifter spins a full 360 degrees around his body and his head can also look up and down. Tombstone's dangerous red blade can spin up with a simple flick to attack his opponent. Both of the bots also include a stand which represents the BattleBox floor and part of the wall. The stands are identical except for the nameplate which has the name of the bot and the BattleBots logo. The walls of the box and the nameplate can both be disconnected and reconnected in different ways to rearrange the set.
If this set gets enough support, I would love to create more bots and post them in the updates tab!