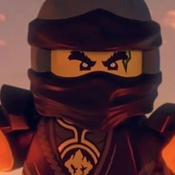 By Masthomp
24 comments
In the year 7501 of the third galactic era, the last human settlement resides on Hyperion, one of Saturn's moons. I decide to take my Xspace Bike X (X standing for Xenon, the fuel source of my bike) to another neighboring moon, Titan, which hosts one of the last alien-made ruins left from the second galactic era. While the ruins on Titan look just like old steel laying around, It has become one of the biggest tourist attractions in Saturn's gravitational pull. Titan is a planet that is half rock and mountain and half jungle/ I hop on my bike to see the flaming flowers of the rocky floor and the large but harmless XeTractyls, a one-eyed reptilian creature that feeds off of helium, allowing it to float. I zoom at 456 zowatts (galactic standard for speed, approx. 65 mph) down the roads as I see the nature and history of Titan.