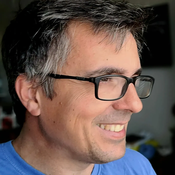 THE IDEA:
Fado is a musical style from Portugal, elevated to the category of Cultural and Intangible Heritage of Humanity by UNESCO, much appreciated not only by the Portuguese but also by tourists who visit the country.
In this musical style, the Portuguese Guitar is a fundamental and indispensable piece to accompany the fado singer. A 12-string instrument, based on the European Renaissance cistern that has its origins in the Middle Ages and widespread in Portugal. It has such an unmistakable timbre that, wherever it is, any Portuguese can recognize it from the first chords.
For the construction it is used imported wood, since the back and sides of the guitar must be made of rosewood, maple, or mahogany. The top is made of spruce, or pine from Flanders.
There are three types of Portuguese Guitar: one from Lisbon, one from Porto and one from Coimbra, with different manufacturing traditions.
The model recreated here is the Lisbon version. One of the main differences lies in the head of the guitar: the one from Coimbra has an inlaid tear, while the one from Lisbon has a snail.
Silence, that fado will be sung!
DESCRIPTION:
The Portuguese Guitar consists of two major sections: the tripod and the instrument itself.
When designing the guitar, my main focus was to recreate a musical symbol and an important piece of Portuguese culture, masterfully played only by great masters.
The project consists of almost 2000 parts and some bricks have new colours. The strings are held in the stubs at the top of the neck and at the bottom of the body, but wires can be used, held in the tuning mechanism, as in reality.
The tripod can be closed. Inside the guitar, we have a postmodern and comic vision of how sound is generated, but it is possible to includes a bluetooth module to play a realistic sound.
A section aimed at making building more fun.

Enjoy the music!
MINIFIGURES:
The project comes with one minifigure: the music maker.