Majora's Mask - The Legend of Zelda 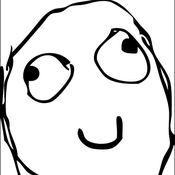 By Chef-009
77 comments
You've met with a terrible fate, haven't you?
The Legend of Zelda: Majora's Mask
In three days, the moon will fall and the land of Termina will meet with a terrible fate. Can you save it in time?
It is a Majora's Mask model in the same way as the recent busts line-up but fitting to the aesthetic of the The Legend of Zelda.
I really hope you like it. If you support it, it might actually end up on your desk; that would be awesome and great. Maybe a bit chaotic. You know what, just put it in your living room; it's a gorgeous model and guests are gonna love it anyway. I intentionally left out a nameplate as it would disrupt the design too much and wouldn't get the conversation going.
I believe Majora's Mask is a good introduction to LEGO Zelda for the Adults Welcome theme. Thanks to its bright colors and strange but heart like shape it'll stand out and attract more than just Zelda fans. Because of the game's darker tone the model probably wouldn't sit well in a playsets theme but would fit like a glove in Ideas.
Legal notices
//Note for the Ideas team: Please share the project when Majora's Mask releases on Nintendo Switch Online on February 25th 2022.//