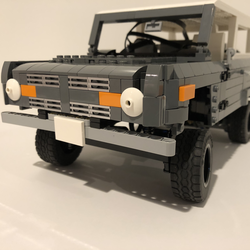 This is a model of the legendary Lockheed Super Constellation.  Famous for its "dolphin" shaped fuselage and triple tail, the Constellation, affectionately known as the "Connie," was introduced in the mid-1940s to perform as a passenger and cargo aircraft.  The plane was powered by four 2500hp Wright 749C-18DB-1 radial engines, able to bring the Constellation to a top speed of over 370mph.  During its time, it was largest passenger aircraft, measuring 116 feet long with a wingspan of 126 feet. Only two of these graceful aircraft remain in flying condition today.