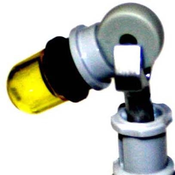 Remember record stores? I do! Most of them have disappeared today, but they still have a special place in the hearts of many, many music fans. They're actually becoming more common again as vinyl sales are on the rise!

This could be a small modular building; a room scene; or even just a rack of records, a turntable, and a few minifigures. Record stores have a unique atmosphere; any set would have to capture that effectively, but it's not hard given how iconic the typical objects are: crates, posters, album covers, large speakers, turntables, and so on.

This build has received nearly 1000 favorites on my Flickr page, and has been shared by news publications like The Brothers Brick, Spin.com, Consequence of Sound, and Dangerous Minds. I loosely based it on Twist & Shout (a record store in Denver, USA), but it's amazing how many people have told me it looks exactly like their local record store! There's just something about a record store that brings back so much nostalgia and memories to so many people.