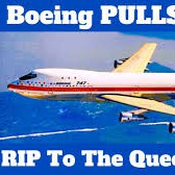 By 747-400F
27 comments
This is my Lego De Havilland DHC-2 Beaver, this plane was built in the early 30's as a STOL(short takeoff or landing) aircraft and primarily used as a Bush Plane, although they are also used as commercial and cargo transports. In later years the Beaver was fitted with even more power(it was already powerful) as it was now made with a Turboprop engine. Since the Beaver has been changed up over the years I give the builders a chance to do the same, this build comes with a Radial engine, Turboprop engine and floats. I wanted to build this aircraft because I wanted to make a plane that was small not new and I also wanted a float plane, this aircraft fits that description so I went to work building ,this is the final product. This Beaver is Red and White and can carry some cargo, Mini figures or even a boat! I think this would make a good LEGO set because its a small plane that isn't hard to build and its easy to assemble. I wanted to make this model even more realistic so there is working flaps and a Turboprop, Radial and floats, it also has wheels but these are all easy to remove and put on as it takes only a few bricks to move. It also comes with one Mini figure. So if you want it to be built then lets get to 10,000!