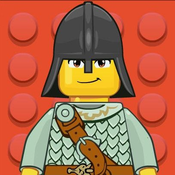 By RandomSmartyWarrior
31 comments
The Venture Koi spaceship was an iconic symbol of LEGO Universe seen in the game's cinematic trailer.
Aboard the Venture Koi, four explorers searched the universe for the long-lost source of pure imagination located on the fabled planet Crux. However, upon their arrival, one power hungry explorer sought to take control of the Imagination Nexus and corrupted it into a destructive Maelstrom! To restore the Imagination Nexus and protect the universe, the remaining explorers sent out a call to all minifigures to use their creative powers to save imagination!
The set features escape/landing pods, a rotating communication's sensor dish, some basic weapons systems, a hyperdrive engine and three imagination engines! I hope for LEGO to make the ship more structurally secure but keep the original exterior design of the ship. The four explorers: Duke Exeter, Dr Overbuild, Hael Storm and Baron Typhonus should be included with this set.
In the years since this model was reverse-engineered from the trailer and concept art, physical versions in original scale (LEGO Brigs) and microscale (Exetrius) have also been produced which are definitely worth checking out.
Thanks for viewing this project. With your help and support, I hope we can all enjoy a little piece of the greatest LEGO game ever made.