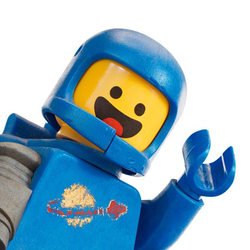 Since the start of the Space Age, the Soyuz has been launched more times than any other launch vehicle in the world. Derived from the Soviet Vostok rocket, it was first introduced in 1966 and has gone on to make over 1700 launches. With one of the lowest launch failure rates, the Soyuz is truely an understated workhorse of the rocket world. As of today, the Soyuz is the only way for astronauts to get to the International Space Station.

Inspired by the excellent Ideas Saturn V designed by saabfan, this model of the Soyuz Fregat is built in the same scale of 1:110. It has the following features:

This model will be a fine addition to any rocket collection and a must have for everyone with an interest in space exploration. Please support this project as it will go a long way towards making it a reality!