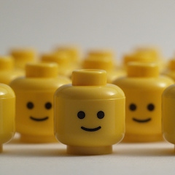 By EternalBrick
19 comments
Wow, 250 supporters! Thanks everyone! More additions on the way!

If you've come here from another site and are unfamiliar with LEGO CUUSOO, please read this information.

• What is LEGO CUUSOO?
LEGO CUUSOO is a platform provided by the LEGO Group for LEGO fans to create their own set ideas. If a project gains 10,000 supporters, it will be reviewed by LEGO officials. If approved, it will be made into a real production set, available for anyone to purchase.

• How can I help?
The best way you can help is by making an account (it's quick, easy, and free) and then clicking the big green "Support" button.
Then, tell your friends! Whether they're fans of LEGO, the subject of the project, or both, just send them to the site.
Easier still, use the "Like" and "Tweet" buttons just below the "Support" button!

• How can I get this set?
The set will only be produced if it gains 10,000 supporters and is approved by LEGO officials. If it is approved, it will be made available through limited channels, most likely the LEGO online shop.

• But I don't have any money to buy LEGO sets!
That's OK! Using LEGO CUUSOO is completely free. Supporting a project is just that – saying that you would like to see it made. You don't have to give any money or buy any product. You're simply helping make this idea a reality, available to fans everywhere! 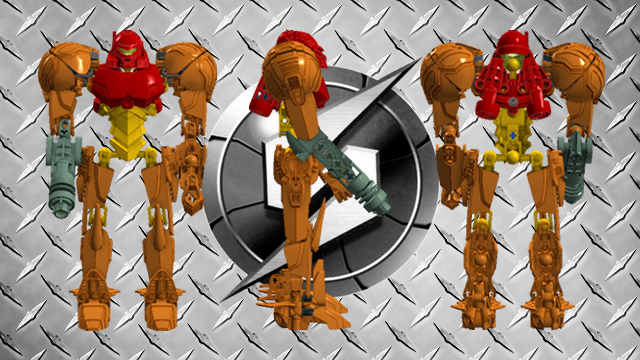 Minifigures are great, but sometimes, you want a bigger representation of your favorite character. The Bionicle and Hero Factory style 8" figures are well-suited for this purpose – large enough to represent a lot of detail, and small enough to pick up and pose when you're done.

Some of you may have noticed a few Metroid proposals on LEGO CUUSOO recently, which I highly suggest you support if you've enjoyed the Metroid games or if you like sci-fi.

Here is Samus Aran, the protagonist of the Metroid series, in her classic Varia Suit. This figure stands 8 1/4" (21 cm or 22 blocks vertically) tall and includes 127 pieces, perfect for a quick build. Comparing it to existing similar sets, this set would probably cost about $20.

Careful effort was made to make all the details as accurate as possible at this scale while retaining simplicity and strength. This model is based in particular in Samus' most recent appearances in the Metroid Prime Trilogy and Metroid: Other M. 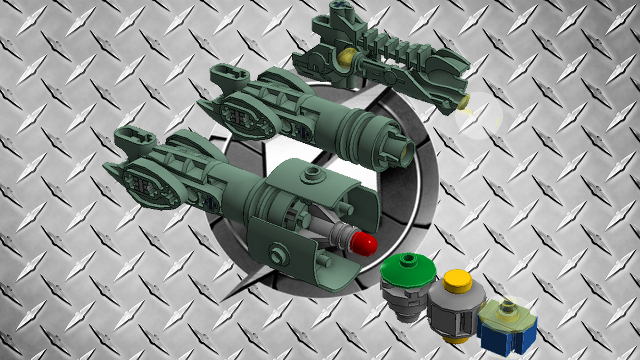 Above, Top: An early alternate concept for the blaster. This would be a more playable version as seen in Hero Factory sets.

Middle: The current design for the blaster.

Bottom: The blaster expanded, ready to fire a Missile. At right, a Super Missile, Bomb, and Power Bomb.

From her beam blaster to her Shinespark speed booster, Samus will need all her gear to keep the malicious Space Pirates and ravenous Metroids at bay. 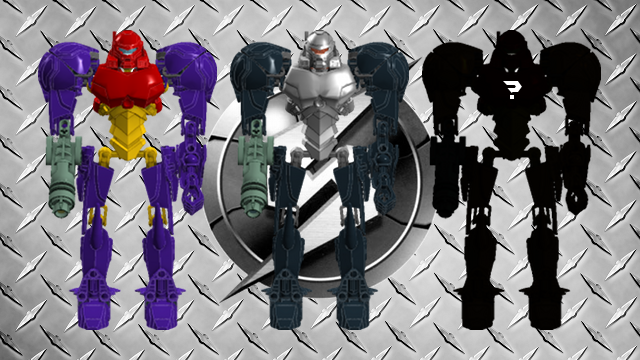 This design can easily be adapted to Samus' other suits, including the Gravity Suit and Phazon Suit above.

What's the next suit? You decide! Support and leave a comment with your vote for what I should add next!