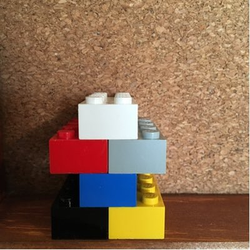 The Wolfpack is back!
Inspiration:
Inspiration for Wolfpack Castle came from various older Castle theme sets but my primary inspiration was Set Number 6075 Wolfpack Tower (Wolves’ Island Liar). With only three notable sets released (two in 1992 and one in 1993) I felt it was time to bring the Pack Back and what better way to do this then with their very own castle!
I have pitted the Wolfpack against the Lion Knights (Crusaders), another classic LEGO Castle faction which was first introduced in 1984. The Lion Knights have had a long and storied history but have not been included in a set since 2001 with the re-release of Set Number 10000 Guarded Inn.
Help bring the Castle theme back and rekindle these two faction’s rivalry from the early 1990s by supporting my LEGO Ideas project - Wolfpack Castle
Contents:
Features: