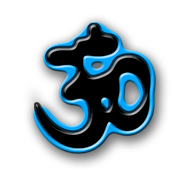 By mordani
58 comments
Mumbai Chhatrapati Shivaji Terminus (CST for short) is the main railway station of the city of Mumbai in India. It was called Victoria Terminus until 1996. It is a historic terminal train station that has been deemed as a UNESCO World Heritage Site.
The terminus was designed by British architectural engineer Fredrick William Stevens in an Italian Gothic style. The construction was completed in 1887, the year marking 50 years of Queen Victoria's rule. It was thus named Victoria Terminus in honor of this event.
Even though it was formally named to CST it is still fondly called VT. This famous landmark has become one of the symbols of the city of Mumbai. This station may also be recognized by many as the location for the famous song "Jai Ho" in the movie Slumdog Millionaire.
I love the LEGO Architecture line of products - the simplicity with which it depicts an architectural landmark is captivating ! I recently built the "Trafalgar Square" set which is a main landmark of London. That inspired me to build a major landmark in the city of Mumbai - where I lived for many years ! The city is close to my heart and it boasts of wonderful architecture - Chhatrapati Shivaji Terminus being one of the most prominent one of them. I built this in the typical LEGO Architectural style. The colors of this building are vibrant and I think it represents a part of the world which has yet to be represented in the LEGO Architecture line of product. This set also shows the double decker bus and the single decker bus common in Mumbai run by B.E.S.T - the state transport corporation. It also features the famous black taxis with the yellow roof that run throughout the city helping millions to commute everyday.
I think this should be made into a real set because it is a key architectural piece of Mumbai and will appeal to a lot of people from that part of the world. It also represents an amazing building whose architecture is breathtaking !