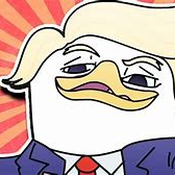 What I made is the rx-0/unicorn gundam. Unicorn because it has its horn stick out from the top of its head. It has a variety of weapons including a sheild, two photon beam sabers, and a heavy rifle. It has a mode called its destroy/berserker mode, where its NT-D system comes online. When this happens, the armor splits revaeling the phsyco frame with glowing red under it. In this mode the horn splits in two, revealing its gold/yellow inside, in the anime. The sheild also shrinks during this mode.Since I could not fit a minifigure on the inside, I decided to make the pilot micro scale. This was accomplished by using three square 1x1's, making the top white and the bottom white for the suit, and translucent red for the helmet visor. This would be a great set because a lot of people want to see an official lego gundam set.