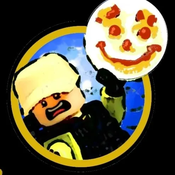 TEK'MA'TE Stargate fans!
I bring you this high detailed Stargate SG1 set to celebrate the 25th anniversary of this amazing tv show and that it can fulfill the expectations of the many fans of the franchise who, like me, are waiting for an official Stargate Lego set.
This very complete set contains the Stargate with its 39 glyphs and a lot of graphic details, 11 minifigures and 8 replicators.
The minifigures are those of Jack O'Neill, Samantha Carter, Daniel Jackson, Teal'c, Jonas Quinn, Cameron Mitchell, Vala Mal Doran, George Hammond, Dr. Janet Fraiser, Hathor and a serpent guard.
In accessories, you will find the MALP, a laptop, 2 goa'uld staff weapons, 1 zat'nik'tel, a magnifying glass, a pair of binoculars, a camera, a SGC confidential folder, a tablet in the language of the Ancients, a ZPM, a goa'uld symbiot, the Jonas banana, a bag with the Vala's coin test, the Cameron's macaron, the P3X-562 blue cristal, the P6J-908 plant, the quantum mirror, the famous "windows of opportunity" golf scene outfits and the iconic O'Neill's "wacko" plate.
As you can see the project has been edited by adding a removable event horizon, a removable iris and a removable studio area which includes 2 lighting spots and a sliding camera on a rail. This will allow you to choose either the real SGC version or the studio version.
In addition, the walls of the embarkation room have been improved and enhanced by integrating the two sliding blast doors and functional by a small device on the side of each wall and a better detailed wall behind the stargate.
I hope you will enjoy this proposal and all of you will vote. After all, we are millions of fans around the world, our favorite series deserves 10,000 votes, right? Like any lego set, i think it should be a great display piece, but also the possibility of offering increased playability especially for children but also adult fans in order to reproduce the most important scenes of the Stargate SG1 series.
Let's go! We need to spread the word to achieve 10K votes!
Thank You!
See You on the other side!
Starbrick_sg1