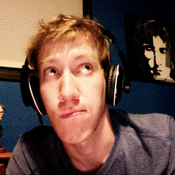 So, Lego has released a few hangar carriers along with some of the larger ships (the 6207 A-wing had one, as well as the 7140 X-wing). However, none of them are the actual carrier models from the movies. So here are two Rebel carriers directly from the films. The smaller Yavin base carrier, and the larger Hoth Echo Base carrier. These would be sold as a kind of expansion pack. So after you buy all the big ships, you can get these to populate your hangar display. If they were sold individually, then you could pick which base you want to populate.

Both carriers have space for a driver (included in set) as well as passengers (sold separately). The smaller Yavin base carrier also has a storage tank in the back for weapons (just like the real thing). And the larger Echo Base carrier includes a fold down back door.