By GlenBricker
13 comments
This MOC has two quidditch teams orbiting each other using a single Lego motor or alternatively a hand crank.

Here is a link to a brief video of it in motion. http://www.youtube.com/watch?v=M4V7aMSo20c


There are three planes or rotation going at different rates with Quidditch players also orbiting each other on their own levels.

I love the Technic sets but I would like to see Lego come out with more sets that emphasize artistic use of the gear sets and automation. 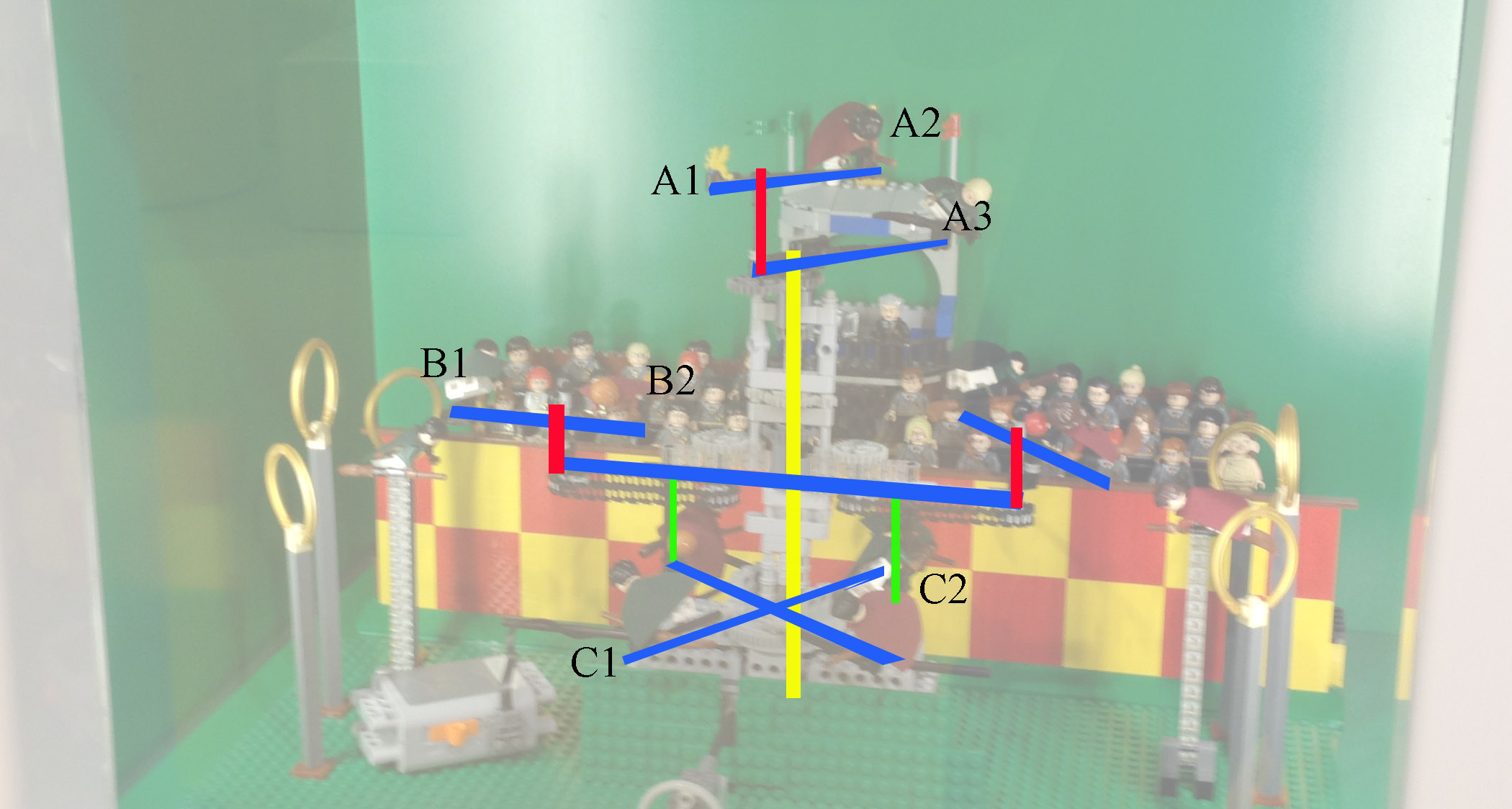 The orrery here has 3 arenas of motion.

There are two identical Prime Arms on the C level each terminating in C1. These arms turn clockwise. Two, non-rotating arms descend from Prime Arm B however terminating in C2. These elements Turn counter clockwise to the outer ring formed by the four C1s.

In the quidditch scenario depicted. The Snitch (A1) is being pursued by Harry (A2) while Malfoy (A3) occasionally gets close to the Snitch but never as well as Harry.

B1 is a Chaser and B2 is a Beater. They orbit the bludgers. In this depiction Gryffindor has the Quaffle.

The C1s are four Chasers with and the C2s are Beaters.

There is a rotating axle that comes out of the structure to power motion of the Keepers, but that is not depicted in this photo.