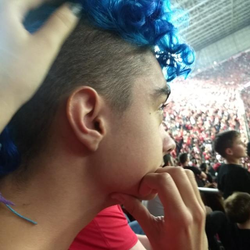 This LEGO set is a scaled down version of Athletico Paranaense Stadium located in Curitiba, Brazil.
This was built to represent one of the many FIFA World Cup Stadium's in Brazil that hosted the games. At the time of building, this was the most innovative stadium in Latin America. A few years after the FIFA World Cup the construction was finalized with the addition of synthetic grass and also featuring a retractable roof, once again being a pioneer with these both aspects inside Brazil. The stadium also received the LEED (Leadership in Energy and Environmental Design) certification.
This model was assembled with an approximate scale of 1:625, 2651 pieces, and the roof can slide in order to mimic the real life procedure of opening and closing
This LEGO set is perfect for Football enthusiasts, besides fans of more advanced and complex LEGO sets. It will also make a great decoration with its unique design, look and feel.
88
452
days left