Attack of the Mutant Duck 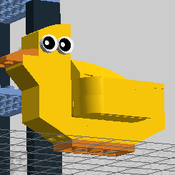 Video on how to make the set!

New video of the instructions so you can see how easy/hard/whatever your building level is.

Now, I forgot to mention, but this model is based on the game ROBLOX. ROBLOX is an online game that resembles LEGO quite a bit, despite both companies being totally unconnected(besides a few Hero Factory games that showed up on ROBLOX).

This is the Crossroads Tower.

The model is also in a ROBLOX game called "Survive the Disasters." There's a disaster called "Giant Duck." But I made my own twist and made it a four eyed mutant duck.

Moving on, I added in two more 1x2x5 bricks to support the top level. The two bricks added are the ones within the red circles. 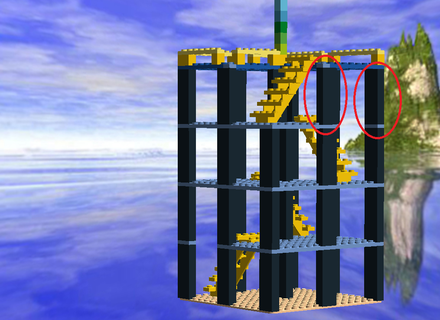