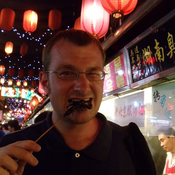 On June 23, 1991 SEGA released Sonic the Hedgehog for the SEGA Genesis video game system (known as the Mega Drive in Europe and Japan). SEGA's little blue bomber blazed across TV screens at lightning speed. He was full of '90s attitude and was seen as hip and cool. Given Sonic's reputation for for being fast, his quick rise in popularity should come as no surprise.

Sonic was everywhere. Hit sequels followed, as did comic books and television shows. McDonald's had Sonic-themed Happy Meal toys. He even made his way into the Macy's Thanksgiving Day Parade as a giant character balloon.

Since his debut 25 years ago, the speedy blue hedgehog has appeared in dozens of games across several different platforms. He even made his way into Nintendo games, which was unthinkable in the 1990s. More recently, he was announced as a confirmed character in LEGO Dimensions. In other words, Sonic has become one of the most timeless characters in the world of video games.

How to Help Sonic Become a LEGO Set:

The Sonic you see in this project stands as a tribute to SEGA's little blue wonder. Because this is a buildable action figure, you can pose Sonic however you want to. He even comes with one of his iconic rings, which his individual fingers can latch on to.

Achieving 10,000 supporters is no easy task, which is why Sonic needs your help! If you want to see this idea through, please consider sharing the project with your friends on Facebook and Twitter. Share Sonic with your favorite blogs, fan sites or forums. With your support, Sonic will be able to reach 10,000 supporters in no time!

If you like this, please consider supporting other projects I'm involved in, such as: