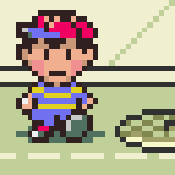 LEGO Catan! My idea is to produce a fully playable version of the popular board game, Catan, brought to life with LEGO. Information on the original board game can be found here: www.catan.com.

This is a re-submission of a previous LEGO ideas project, found here. The last project made it all the way to 7,600 supporters before it expired. I really believe it is possible for this project to make it to 10,000 votes, so I have resubmitted the idea!

This time I have added a new concept for a simplified game board. This is a cleaner, more compact, cheaper, and easier to build version of the original concept presented in the previous project. It remains just as playable and modular as the original design. The main image for this project shows this simplified board design in the 6-player configuration. The standard 4-player base game board would be even smaller. This is to give an idea of the many different possibilities for a final design.

I have also included the 3D render of the original concept, and photos of the real, fully playable set I built.