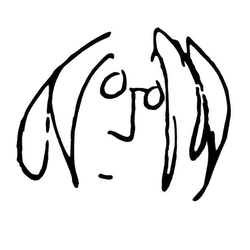 “Kobe gave every last ounce of himself to whatever he was doing. After basketball, he showed a creative side to himself that I didn't think any of us knew he had. In retirement, he seemed so happy. He found new passions.” ― Michael Jordan

“Kobe was known as a fierce competitor on the basketball court. The greatest of all time, a writer, an Oscar winner and the Black Mamba. ” ―Vanessa Bryant

“Mamba, you were taken away from us way too soon. Your next chapter of life was just beginning. But now it’s time for us to continue your legacy. ” ―Shaquille O'Neal

This set was made to commemorate Kobe Bryant. In my opinion, this is a great way to commemorate him. If this becomes an official set, maybe we can donate the income?

These two scenes are from Dear Basketball, an Oscar-winning short film that brought life to the farewell letter to the game he loves. In his bedroom, young Kobe shoots his socks, imagining making a game-winning shot. The other scene is when he steps on the Free Throw line, after becoming an NBA player. Kobe Bryant’s first and last point in his career, his last point in his iconic 81-point game, two shots with an Achilles tendon tear, and the point that got him over Michael Jordan, are all made on the free throw line. I also made his classic fade away half body sculpture.

"When Kobe Bryant died, a piece of me died. And as I look in this arena and across the globe, a piece of you died, or else you wouldn't be here. ” ― Michael Jordan