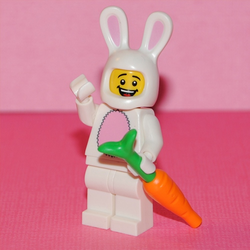 With Gotham City getting clobbered by the diabolical, shape-shifting Clayface; it is going to take some super smarts and extreme courage to bring this villain down! Join Batgirl in her speedy BatCruiser as she protects Gotham’s streets and skies alongside her best gal pal, Supergirl! Will this empowered pair be able to survive whatever crafty creations Clayface throws their way, or will this criminal's stolen bundled of kryptonite throw a wrench into this dynamic duo’s plans for justice??

As a part of Batman’s infinite line of automobiles, this BatCruiser soars above the all others (literally). With just the flip of a switch this mighty roadster can spread its wings and sail toward the clouds to ensure that all of Gotham is protected from danger. Equip with two launching missiles that deploy from the rear, no bad guy stands a chance against this BatCruiser.

This villain has the odds in his favor as your imagination determines what he’ll shape-shift into next. With three accompanying attachments featuring 1) a mighty saw blade, 2) a massive mallet and 3) a giant claw, the possibilities of mayhem have just begun. In addition, by making Clayface be a “buildable” figure (versus a traditional minifigure) this engages players to mold him however they see fit for his next heist. It’ll take some tough advisories to battle against this transforming titan!