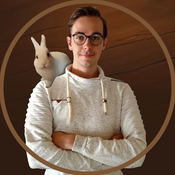 By Jheewee
50 comments
In the mysterious land of Toronto, Canada, there once lived a girl who bore the curse of the red panda. Her family built a temple to honor the gods who gave them this life. But mouths needed to be fed, and so the temple opened for tourism. The guardians of this sacred ground became entertainers, shopkeepers, and janitors. However, the orange beast still slumbers inside of them.
The idea
The Lee family temple is the most iconic location in the movie Turning Red. This idea attempts to recreate the most identifiable features of the Chinese temple with a panda theme while keeping its size to a minimum. The 7 included characters are Meilin Lee in both her girl and panda form, her friends, Miriam, Priya, and Abby, and her parents, Ming Lee and Jin Lee. To make the building more interesting creative liberties were taken with the sides and back of the temple. The walls with panda-themed fountain and Cherry tree can be removed to increase playability. The backside plays more into the idea that the temple is a hotspot for tourism, including ways for children to play with a gong, bell, and wooden fish (which is more interesting than it sounds.) The set consists of a total of 2047 pieces which can probably be reduced greatly if it were to be optimized.
Please let me know what you think of the design, I always love to hear feedback!