Level 6: The Titans Unleash the Kraken

"CIVILIZATIONS AND EMPIRES" LEVEL 6: THE TITANS UNLEASH THE KRAKEN

From the depths of the Sea, a primordial horror arises. Medusa has unleashed the Kraken, and her army of monstrous Titans are on the march! Perseus and the gods of Olympus race to all four corners of the world to try and stop their evil advance! Can the warriors of the world forge a fragile alliance, and face the common enemy that threatens them all? Can they stop the Titans' rampage in time... or will the whole world be engulfed in chaos? 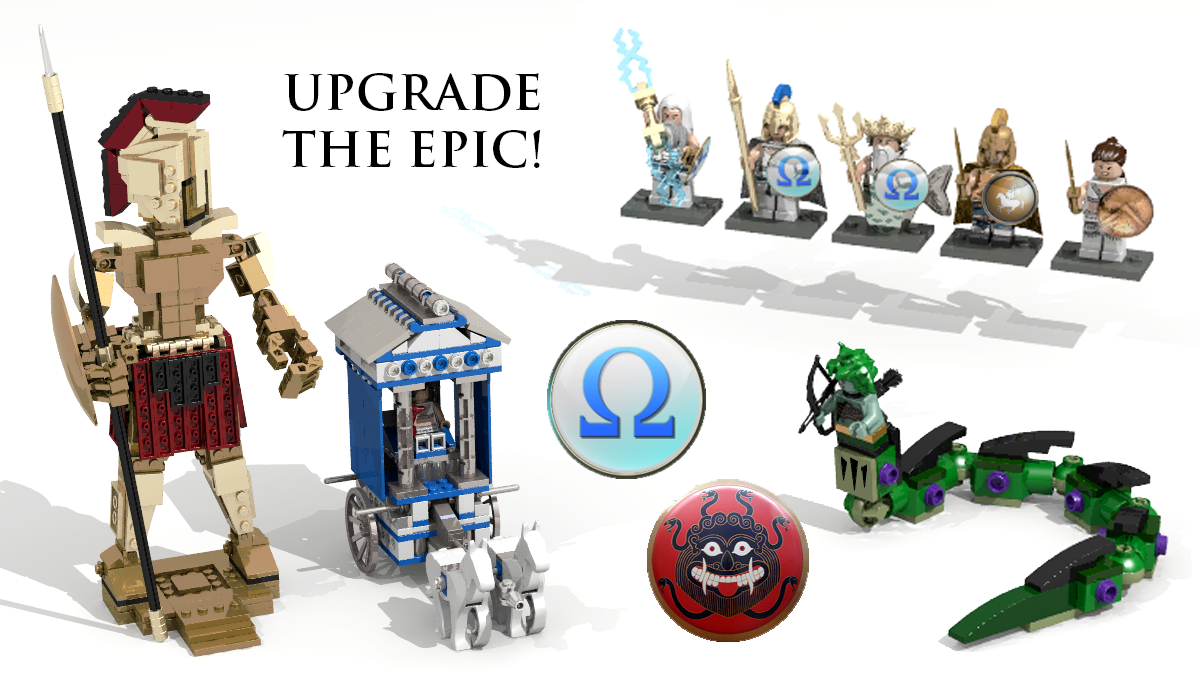 The gods gear up in glistening mythic armor... but Medusa has a few new upgrades too! 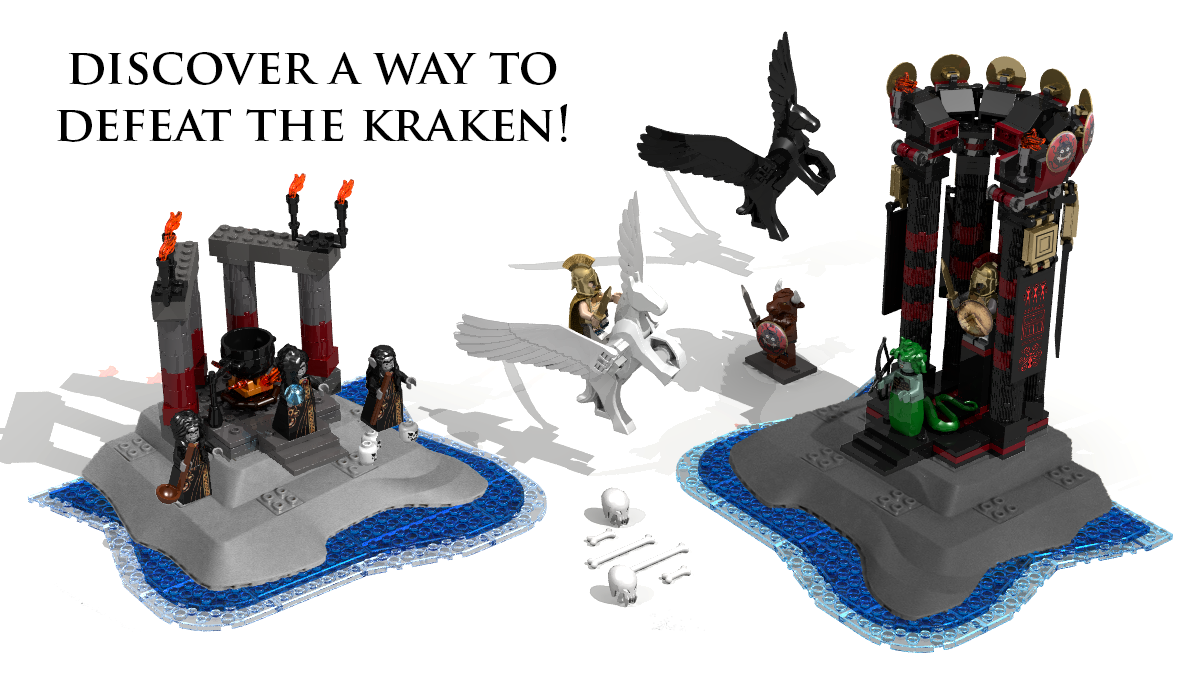 Perseus flies on Pegasus to find a way to defeat Medusa and to stop the Kraken ice-cold! 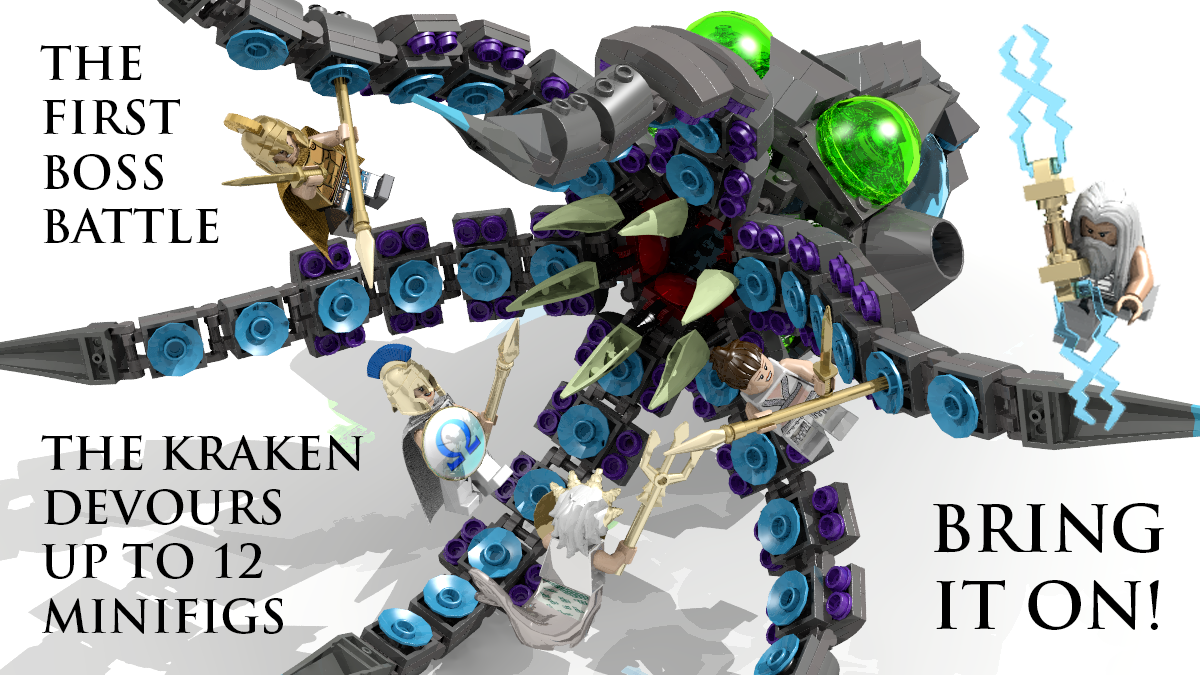 Eight eyes, six tentacles, and an opening mouth that can swallow up to twelve minifigs! 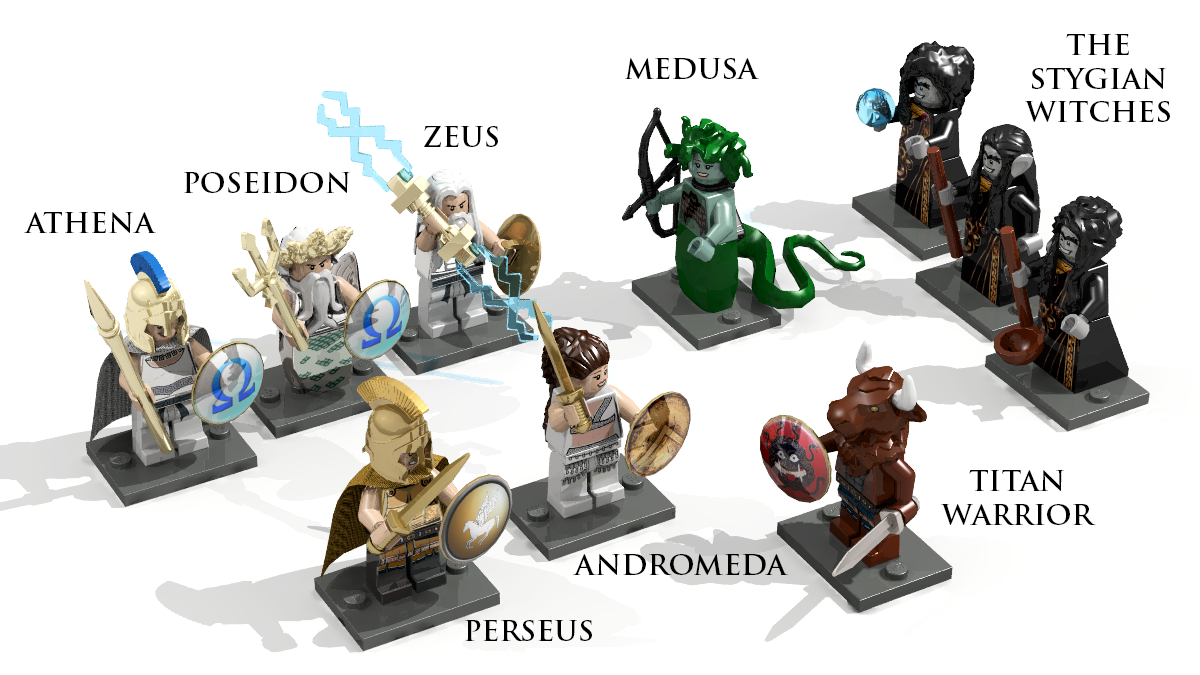 '80's movies are perfect for Lego sets, and The Clash of the Titans deserves the exact same recognition for its groundbreaking special effects and iconic story. Here you get the gods in armor, Perseus, Andromeda in her convertible royal sedan-chair, a White Pegasus, a tough new Black Pegasus, a glimmering pearl-bronze Colossus of Rhodes, and an authentic specimen of the cryptozoological wonder, Kraken Hexapus Mediterraneensis!

As soon as you have done that, you are ready to continue your journey onward to Civilizations and Empires, Level 7: Sparta Amasses its Numbers...

Since Medusa is a Lego Minifig, she can lose her head and keep on right talking, much like the Myth of Orpheus. Perhaps Perseus and Odysseus will have to find a way to cleverly trick her head into petrifying her own beloved Kraken, and then she can get her head back on her shoulders, to cause more mayhem in the third act! After all, in Lego movies and games, the minifigs can reassemble themselves with ease if they get knocked apart... There is tons of potential for a wonderful "Straight-to-DVD" movie or video game with this!

Seafarers from every civilization have told tales of primordial and gargantuan sea-beasts since time immemorial, including Tiamat, Leviathan, Scylla, Charybdis, and the Kraken. The name of the Kraken originally comes from Scandinavian Mythology, immortalized in the iconic and beloved movie Clash of the Titans, but it also refers to tales of Titanic octopus-like or squid-like sea monsters feared by sailors in the Mediterranean.

The Kraken has two large translucent-bright-green eyes on top, plus a ring of six smaller translucent-bright-green eyes around its hexagonal tentacle ring, as a nod to the fact that Scylla from the Odyssey had a ring of six dog's-heads around her waist, six necks, and a body made of tentacles! His design is also an homage to the groundbreaking sci-fi work "20,000 Leagues Under the Sea" by Jules Verne. He can easily swallow up to 12 minifigs through his mouth and directly down into his cavernous belly, like a Sarlacc. Then you can see all of the terrified minifigs inside him through his bulging trans-blue belly membranes on his sides. Then he can open his belly membranes to vomit the figs out for more playtime fun!

Oh, plus Andromeda gets a sword and shield too... Once the Kraken has been dealt with, she is free to join the fight!