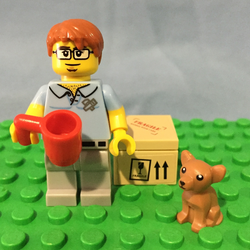 This ship is captained by a fierce pirate lass! Her ship may be smaller and carrying less firepower than some other vessels, but speed and maneuverability can be just as effective.

The ship is designed for a total of 3 sails: