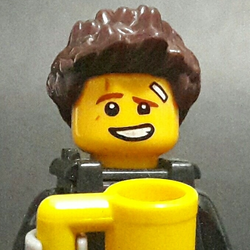 This is my assault mech mark 3, the torso built was inspired by mishima production from YouTube .

I built mech because I love mech .

You can change the pilot with another cool mini figure, If you don't like the pilot that i used .

And I think it's gonna be cool when Lego make more the robot and mech sets, because there is so many people who love mech and robot .