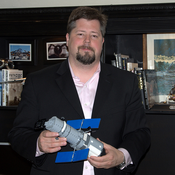 By johnmknight
21 comments
In October of 2012, The SpaceX company's Dragon spacecraft began resupplying the International Space Station. This was the first time in history a private company had done so! This model depicts a variation of the Dragon Rider crew ferrying design. With this model are four intrepid explorers and one less than stoic passenger (that would be me!)

For this model I wanted to achieve several things for the builder, and collector. First, I wanted this to have some good play characteristics, such as two working hatches, and an easily accessible minifig crew! For the collector and space fan, I attempted to put as much accuracy and details from the actual ship plans as possible. I think the resulting design is both close in scale with a good balance of tradeoffs for keeping the model reasonable in complexity and cost. 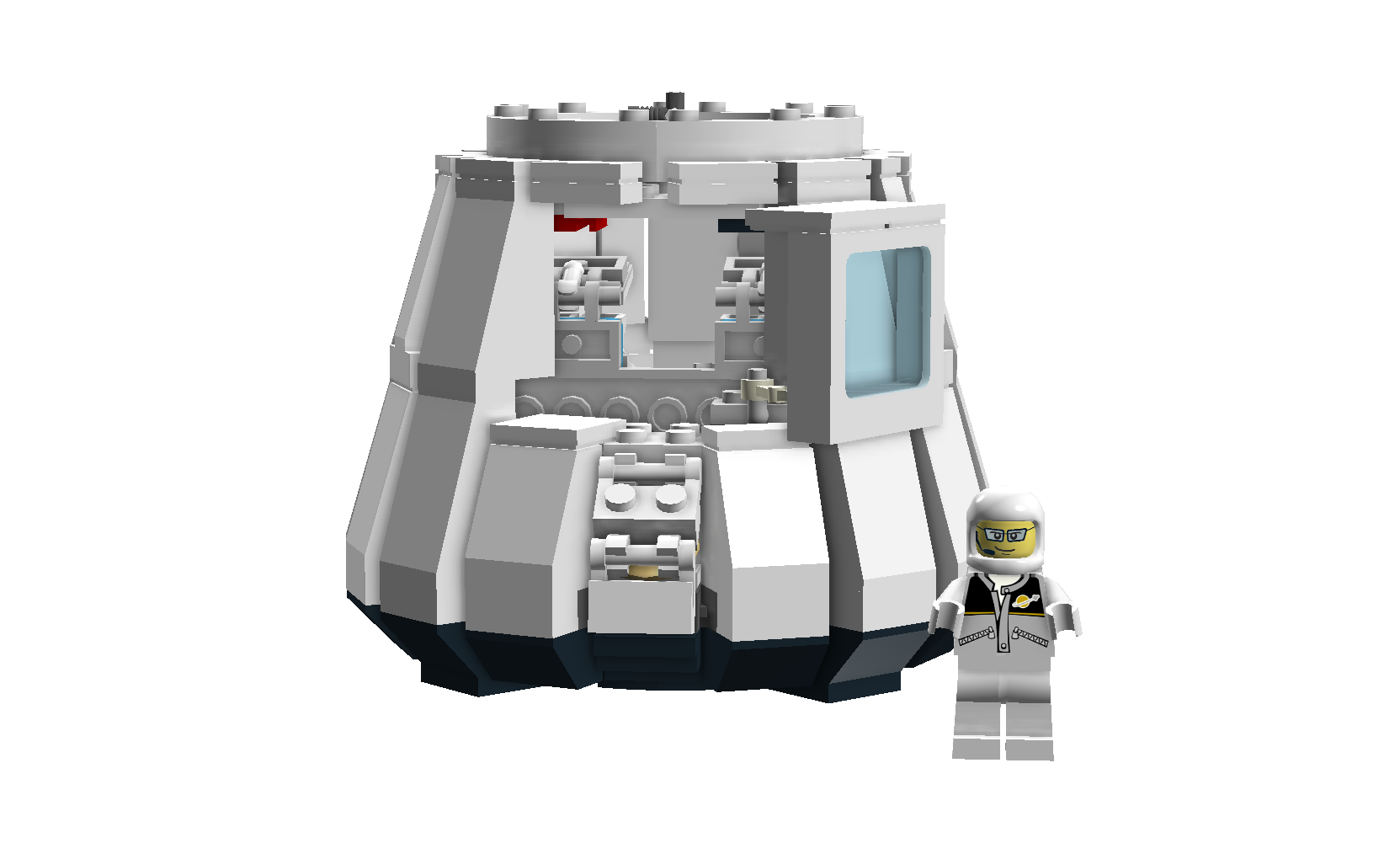 UPDATE: Modified sensor bay hatch to be more realistic.
The main crew hatch, used before launch and at landing, uses a compound hinge that is a bit more complicated than the real thing! I chose this design though in order to keep the capsules geometry as close to real-life as possible as well as allow for a minifig to easily get in and out! 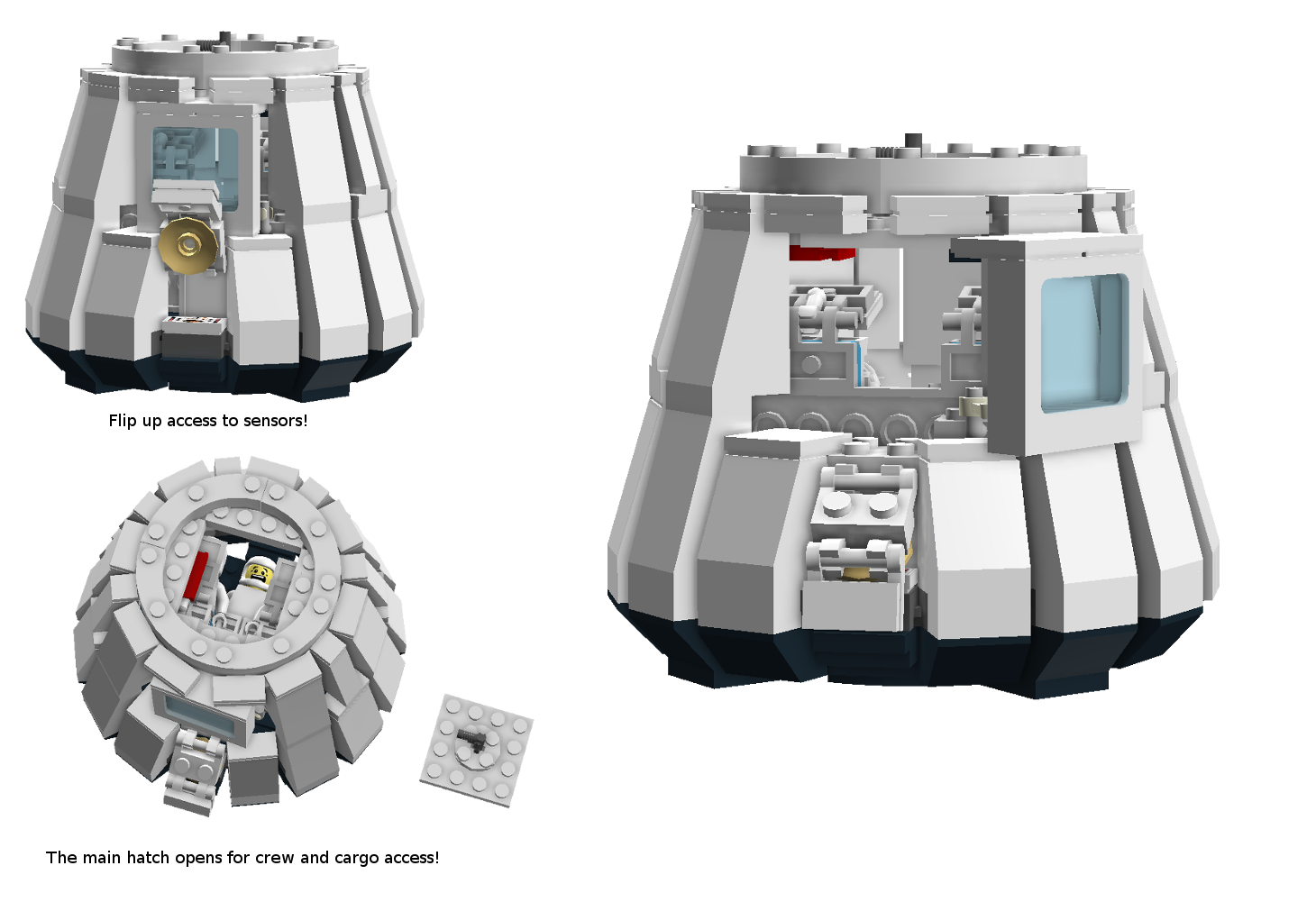 UPDATE!: Changed location of dish to be more accurate with the actual craft.
It might be small detail, but when you are trying to dock with a space station, sensors are VERY important! Just like the real Dragon, this version includes a compact opening compartment that exposes the capsules various sensors. 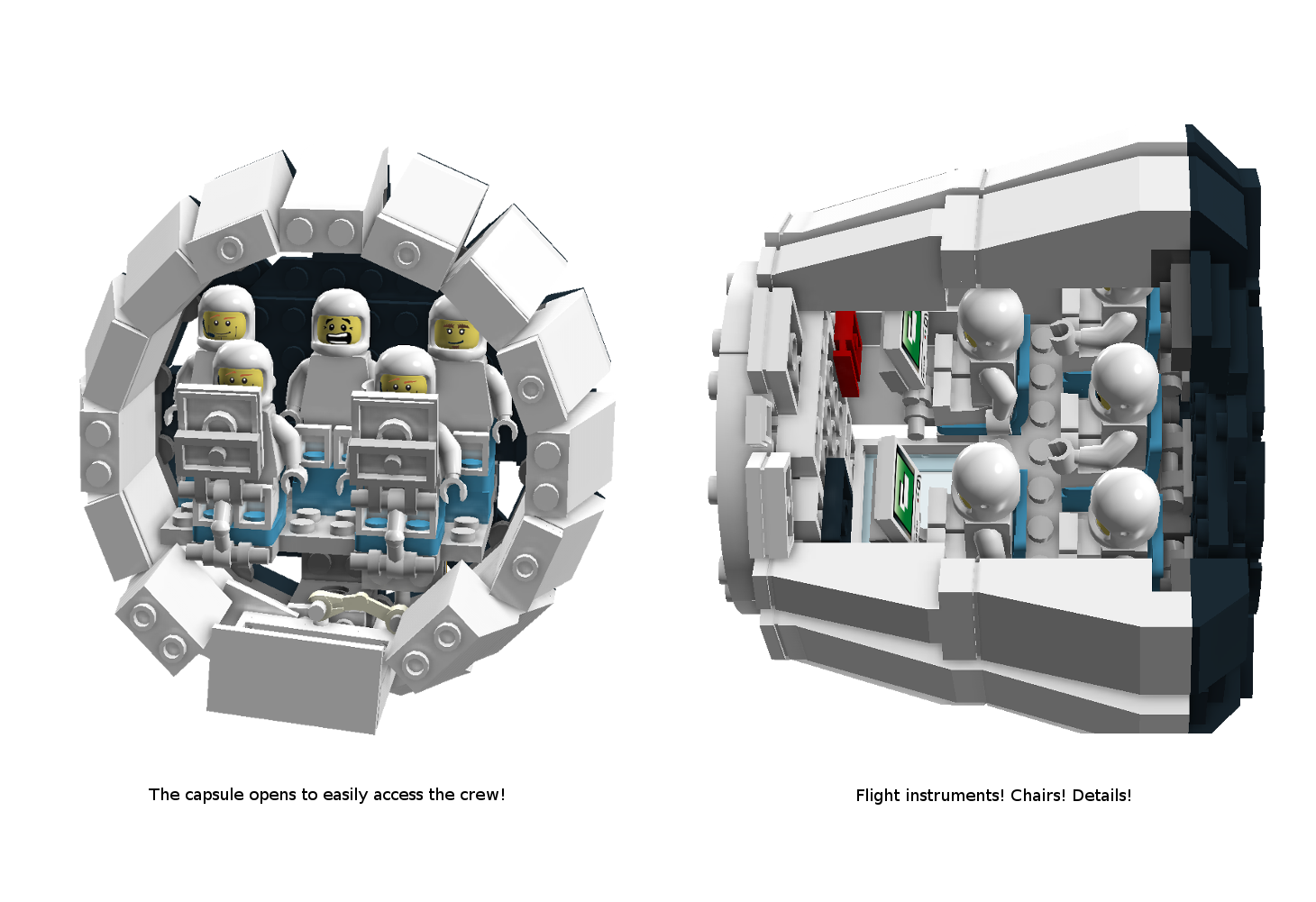 The capsule is easily opened to access the crew! Additional sections or "wedges" around the crew may also be removed to access additional areas or crew members. I doesn't li 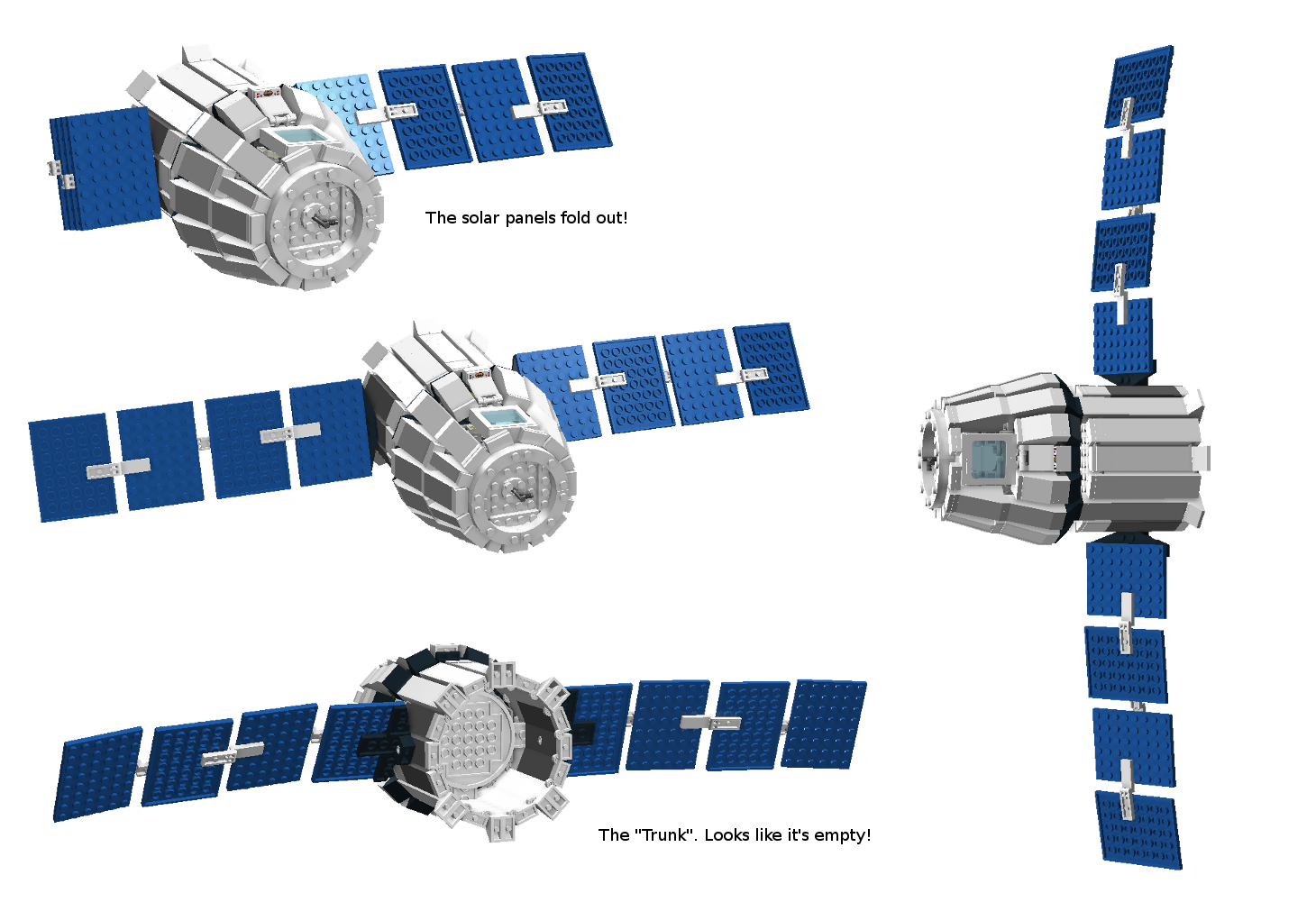 The solar panels open and close! Also the large non-pressurization area behind capsule is called the "trunk" and appears to be empty at the moment. Hmmm. Ideas for cargo? Leave a comment!