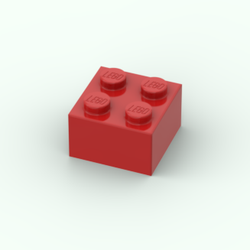 TheFalseBrick
28
322
days left
It's the Wild West, law is scarce, outlaws run free, yet there are some trying to maintain order. The project below is of an old train station with an interior & an old western train where a sheriff and his deputy try to apprehend the infamous bank robber Flatfoot Thompson and his goon, who are trying to catch the train and escape. This build is 2211 bricks and also has many playability features.
This build also includes:
Enjoy this western build!
28
322
days left