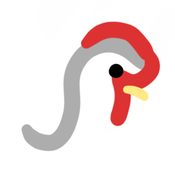 By Blazar14
30 comments
Designed in 1901, the Victoria monument is a memorial to Queen Victoria, the second longest ruling monarch of England (after Queen Elizabeth II). This monument was designed and executed by the sculptor Thomas Brock. Despite being unveiled on the 16th of May, 1911, it was not finished until 1924.
This memorial is a wonderful representation of a queen of England, and is also a beautiful sculpture. The golden parts stand out from the grey, which creates a wonderful contrast, and stays appealing to the eye. There are many intricate designs that have been cut into the pillar, each one amazing to look at, and so it would be wonderful to have as a Lego set.
It is large enough to be a lovely addition to any room, and doesn't have a vast amount of pieces, making it accessible to all. It also has a nice array of figures used as statues, and one of Queen Victoria herself, which is a great addition to any collection, and also as an exclusive figure, too.