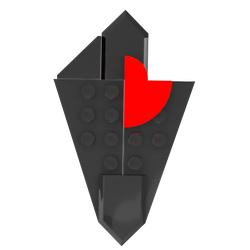 This is a model of the Rasamama s36/Honmatan MQ5 with extra parts to customize your own No Man's Sky spaceship! I am a huge fan of No Man's Sky, so i thought that it would be awesome to make this. I started 6 months ago with this project. It would originally be just the Rasamama, but that would be a bit boring in my opinion, so i added some other stuff in it. I hope that there are a lot people who will support this idea, because i think a lot LEGO/No Man's sky fans would love this.
NOTE: It only has ONE ship. You can transform it in other versions though.
33
245
days left