3rd Rock From the Sun 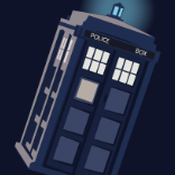 This set is based on the 90's show 3rd Rock From the sun. A show about 4 aliens who come down onto the Earth to find new information on the planet and to learn what it's like to be human. This set comes with 8 mini-figures. Including, the Solomon family (the aliens) Dick (John Lithgow), Sally (Kristen Johnston), Harry (French Stewart), and Tommy Solomon (Joseph Gordon-Levitt). The landlady of the apartment, Mrs. Mamie Dubcek (Elmarie Wendel), Dick's girfriend and colleague Mary Albright (Jane Curtin), and their assistant at the office Nina Campbell (Simbi Khali), and Sally's boyfriend and police officer Don Orville (Wayne Knight). The meain set has the solomon apartment. Including the living room, kitchen and a bedroom which on the back has the iconic roof where the cast would sit down on in the show.