Welcome to the mysterious world of Atlantis!
Imagine a world. A world you have never seen before. A world full of color, gold and green.
Here i present you. Atlantis. It's a build inspired by old pictures, documentaries and other sources.
And most of all. My imagination.
It consists of two main parts. 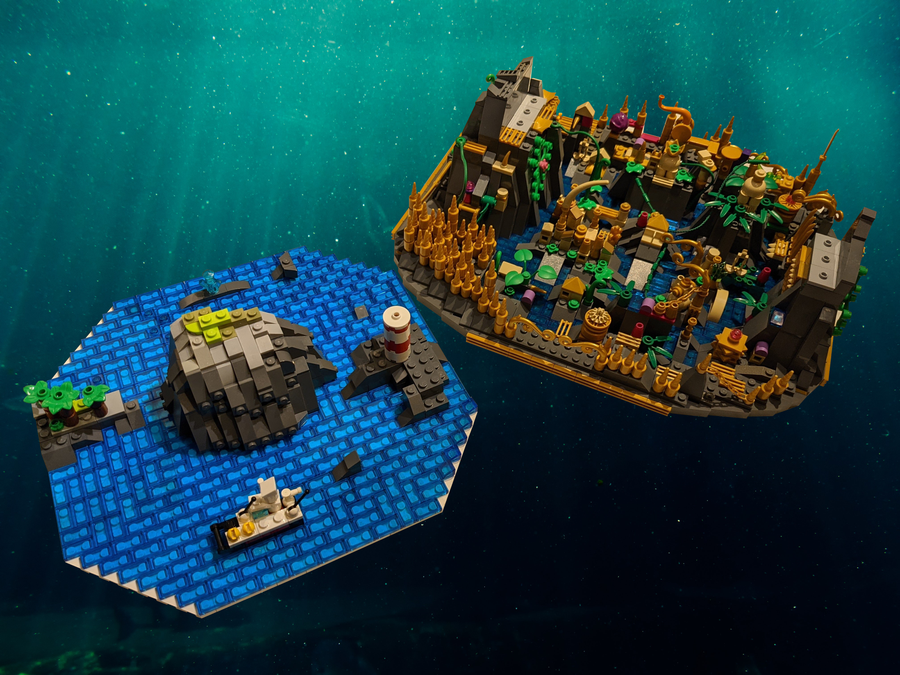 The lower Atlantis part itself is created with lots of colors.
I made a visual map of what Atlantis could look like. Then I used my sketches as a blueprint, a map if you will to build the underwater part of this set. As you can see there is a Library, Tempels, the Royal Palace,... etc, just like I had it captured in my imagination. 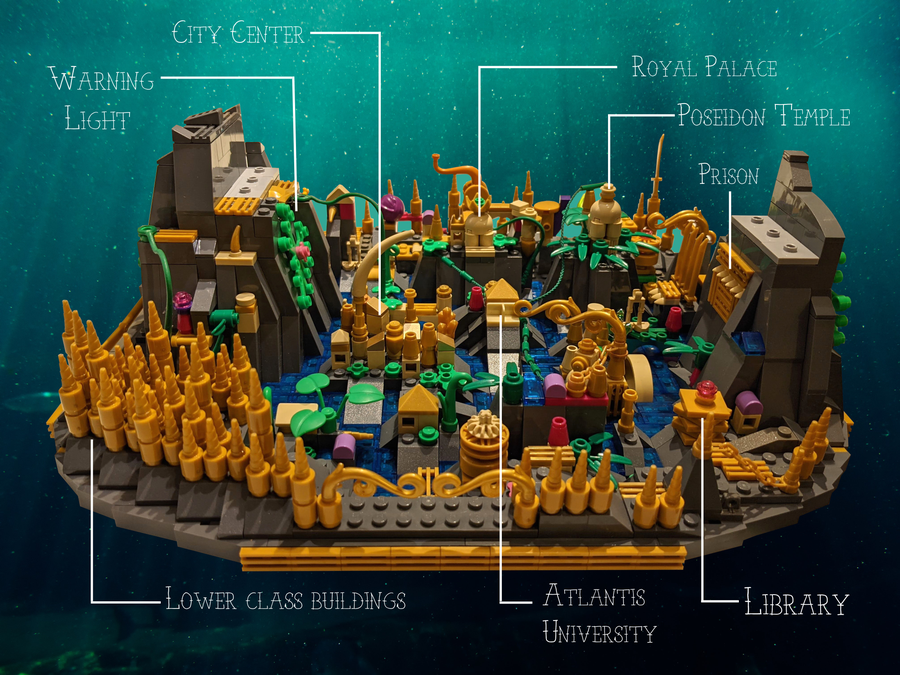 The top has a main rock in the middle. In the water are 4 objects. 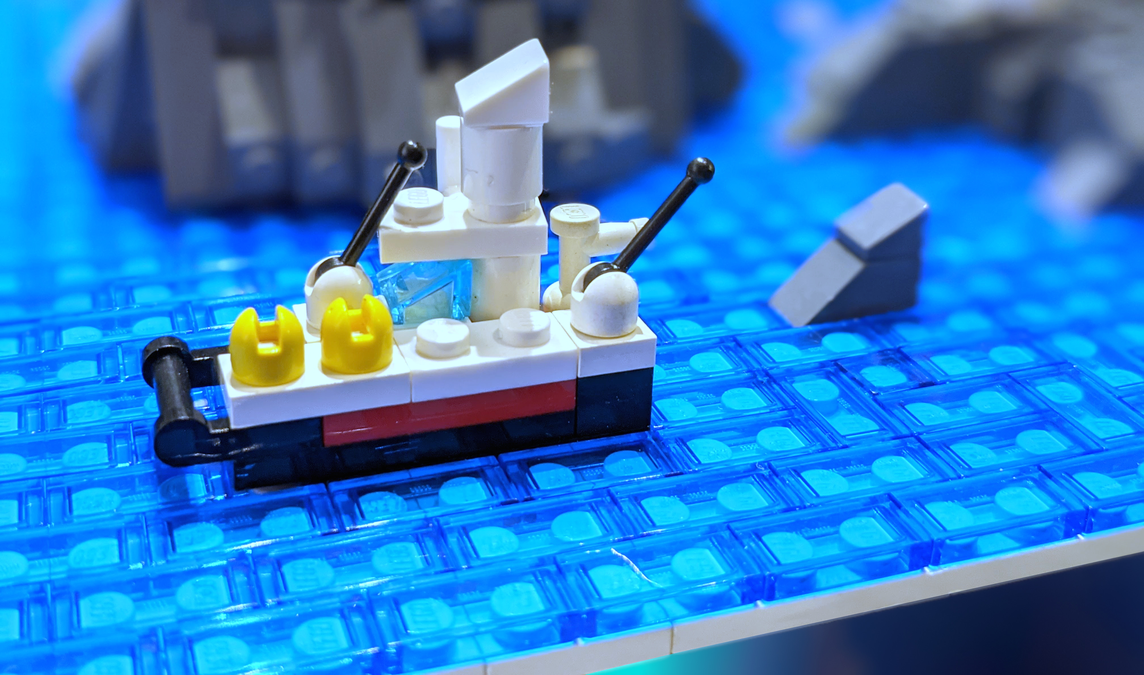 The upper part is easy removable and get's back on without any problem.
It's build very strong, so it won't fall apart when removing the top.
The upper part rests up on 6 tiles so it keeps up.
As a final touch, a light brick functions as a warning light, to alarm the crowd for them bad intruders.
It's a red lightning brick, I guess you all know this kind of brick. 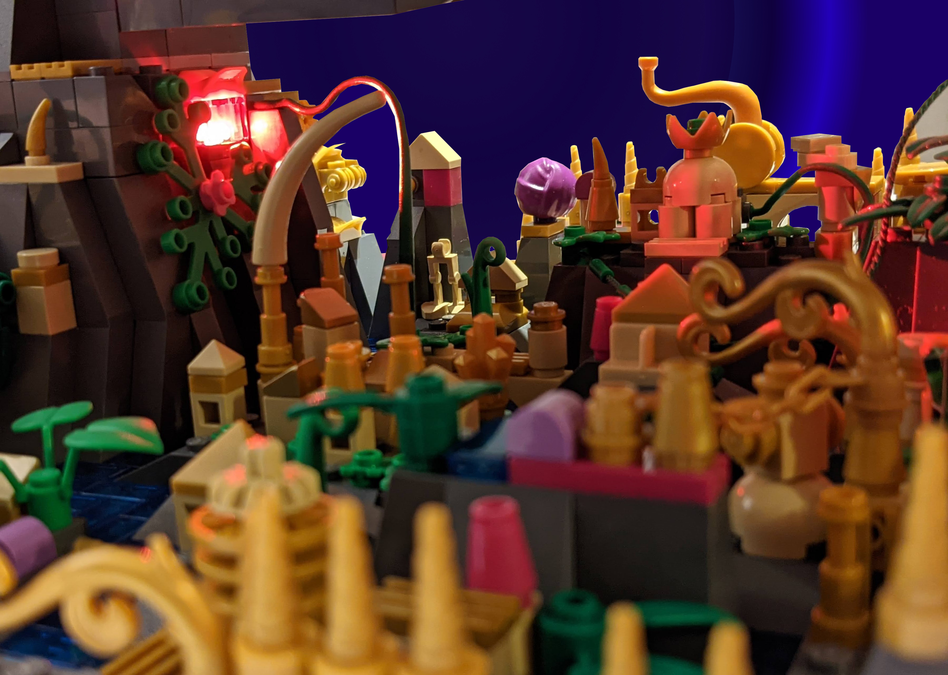 So now why did I Build this? Well.
As a little kid I watched the movie "Atlantis" hundreds of times. The countless treasures of the ocean, the beauty of Atlantis, it just got to me.  It's that fascination that made me build this mysterious underwater world. This had to be my next big project. No doubt. Also when watching the lego masters series on tv I got impressed by how much imagination they use for their builds. Science fiction if you will.
I also wanted to try and build something focussed on details. I never used as much detail as in this build. I'm also a fan of the Jaws movie, that's why this tiny mini scene ended up in the build. As for the other parts of the upper piece, the lighthouse was one thing that had to be there. I've always been fascinated by the sea, the oceans, etc,... I traveled to Sweden, Iceland,... etc and got to see the most stunning lighthouses. So yeah I just had to include one in my build. And yeah I just love to build mysterious underwater worlds!
Oh my I'm so excited about this!
This would be a wonderful set. It did build so many things yet this one is the first that I will never ever break down. It stands on display for life. This is a build that can't be compared to anything else so far. I've seen so many beautiful ideas here yet none of them looks like this one.
This a unique kind of thing. One other thing that would make this a wonderful set : building experience. Believe me, I had so much fun building Atlantis. The upper part with the sea, the big rock,.. and then the lower part with al of its gold and green,..really fun to do! One last thing I would mention is the different techniques that are used in here. I tried to use a variety of techniques. The sea, the installation of the lightning brick, the main rock,.. they aren't just simple to build so there is a little challenge!
Piece count : 2879