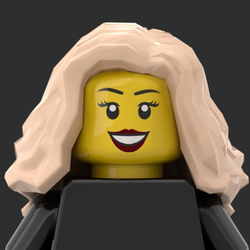 ENKIA
59
245
days left
Elvis Presley is one of the most significant cultural icons of all times, and I think he definitely  deserves to have his own Brickheadz king of rock&roll figure. He is also one of my favorite singer. I choose an iconic outfit from video „Jailhouse Rock”, which is one of the best rock and roll songs in my opinion 🙂 This idea set contains one brickheadz figure of Elvis, stand for figure, microphone and of course guitar because it's hard to picture king of rock and roll without a guitar in his hand. I believe it would make a great Lego set for all music fans around the world.
I really hope that I’m not the only one who truly loves this man 🙂
Let's rock, everybody, let's rock 😀
59
245
days left