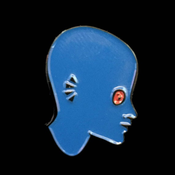 Locomotives like this one, help out at ports, mines, train yards, and other places where small and strong locomotives are needed. They help out with shunting, rearranging, and any other tasks that require a small locomotive.

The locomotive sits on a old 6 x 16 lego plate, with a 4 x 10 hole in the middle. It has buffers on both ends, but only magnets on the rear end, so it can push wagons without having to disconnect them after. A few small details are the handrails, the cab which sticks out with half a stud on either side, and the orange plating under the 1 x 2 grills.

As a set it includes a minifigure, wich doubles as engineer and mechanic.

I really hope that you will support this project, as well as share it on social media.

Thanks for taking a look at Shunter Locomotive, and see you another time!