This is my Spinosaurus skeleton project, which I built out of my T-rex skeleton. This model shows a Spinosaurus hunting for a sawfish in the water.
It is based on the exhibit that was displeyed in National Geographic Museum in Washington DC, which was built according to the latest scientific research. The exhibition was 2016 in the Museum für Naturkunde in Berlin germany too. So I had visited the exhibition and made many photos.

Spinosaurus (meaning "spine lizard") is a genus of theropod dinosaur that lived in what now is North Africa, during the lower Albian to lower Cenomanian stages of the Cretaceous period, about 112 to 97 million years ago. (wikpedia)

He was over 50 feet long, 20 feet high and weighing in at 6 tons, Spinosaurus is the largest predatory dinosaur to ever roam the Earth — even bigger than T. rex.

Spinosaurus first came to light more than 100 years ago when German paleontologist Ernst Stromer von Reichenbach discovered a partial skeleton in Egypt. These Spinosaurus fossils were displayed in a museum in Munich. All bones were destroyed in World War II. (nationalgeographic.com)

Spinosaurus is unique in many different ways. It is the largest predatory dinosaur known to date, but more importantly it is the first dinosaur showing unmistakable adaptations for a semi aquatic lifestyle. It looked really different from other predatory dinosaurs: long narrow jaws, long neck, giant "sail" on the back, paddle-like feet…

He lived in a large river system, full of giant fish, crocodile-like predators, turtles etc – abundant prey for a dinosaur that can hunt in the water. These unique adaptations for fish eating allowed Spinosaurus to coexist with other (more typical) predatory dinosaurs. (yes-morocco.blogspot.de)

Please click on the images, to see them in HD. You can find all images on my Flickr album. 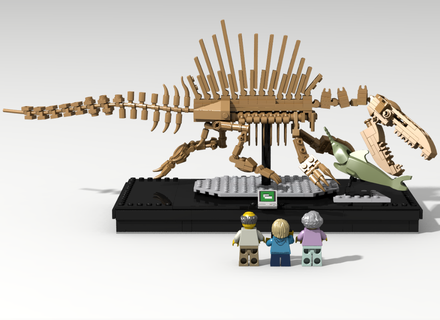 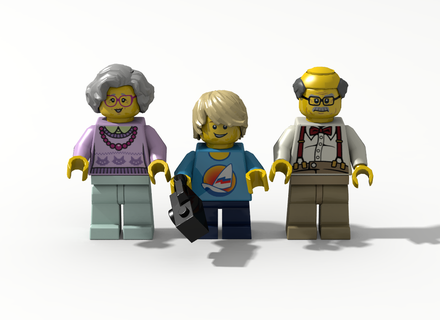