The Stanley Parable: The 2 Doors 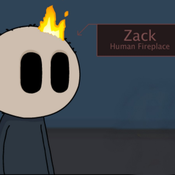 By LetsPlayGamez
23 comments
"This is a set about a man called Stanley".
This set is based off of the hit game from Crows Crows Crows called "The Stanley Parable". This set in particular recreating the "set of two open doors", your real first choice in the game.
I built this set out of the love of the game, it's very unique in the sense that it's essentially a "choose-your-own-adventure" game in the modern era of gaming. Which really hasn't been done more mainstream (As far as my knowledge, anyway).
THIS SET FEATURES
I believe that this would make a good set because The Stanley Parable has a large following, and that it's kind of a simple set in theory. One that really anyone could build, and anyone could appreciate it, regardless of if they had played the game or not.