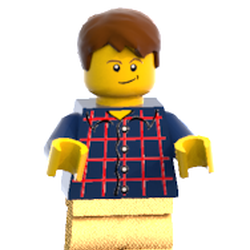 All abord her magesty's personal locomotive! The Royal Steam Train is a one-of-a-kind steam locomotive as well as having its own advanced passenger cars. The Locomotive itself was designed from scratch using the most advanced techology of its time. The achivements that the engineers acomplished led to this fine piece of machinery being the most effective and efficient locomitive of all time. Overall, this glamerous steam engine has never been late and never will be.

The Royal Steam Train is one of my biggest steam locomotives and is my favorite Steam locomotive as well as the Thunder Hawk. This Train set has a total of 1,530 parts. The Engine istelf doesn't contain any power functions, it is all powered by the tender. What is included in this set is:

Overall, this has been a really fun build for me and I was glad with the overall design as I thought that the Thunder Hawk would be hard to beat. Looking forward to seeing your comments and to see how this product goes.