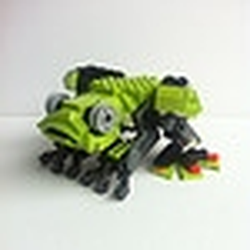 The wolf and hare were the cartoon heroes of our childhood back in Eastern Europe. Just imagine there were no Disney’s or Warner Brothers movies legally available until 90s.

Nu, pogodi! (Russian: Ну, погоди!, Well, Just You Wait!) is a Soviet/Russian animated series. The series debuted in 1969 and became a popular cartoon of the Soviet Union.

This creation has nothing in common with a Russian policy. It is a part of my childhood.