Back to Mars: Mobile Space Command Base (RC)

By MyBrick
9 comments
Please refer also to the main project Back to Mars - a classic space theme!

In order to celebrate the successful landing of Curiosity on Mars at the 6th of August 2012, the model was updated to the original theme "Back To Mars"! 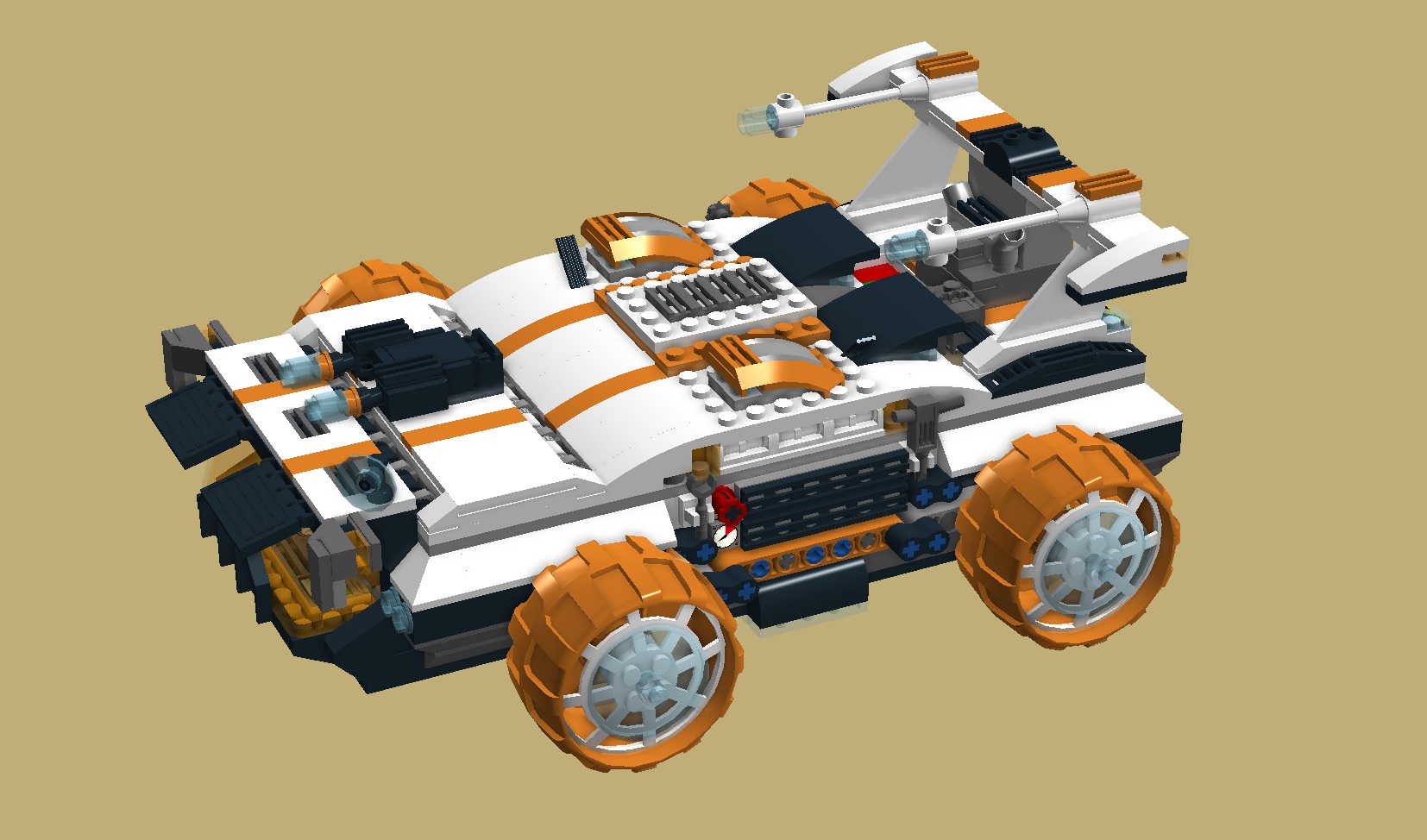 During the battle against aliens on Mars, mankind designed a special combat vehicle, to be able to quickly join and leave the fight: MP-505 "Speeder" 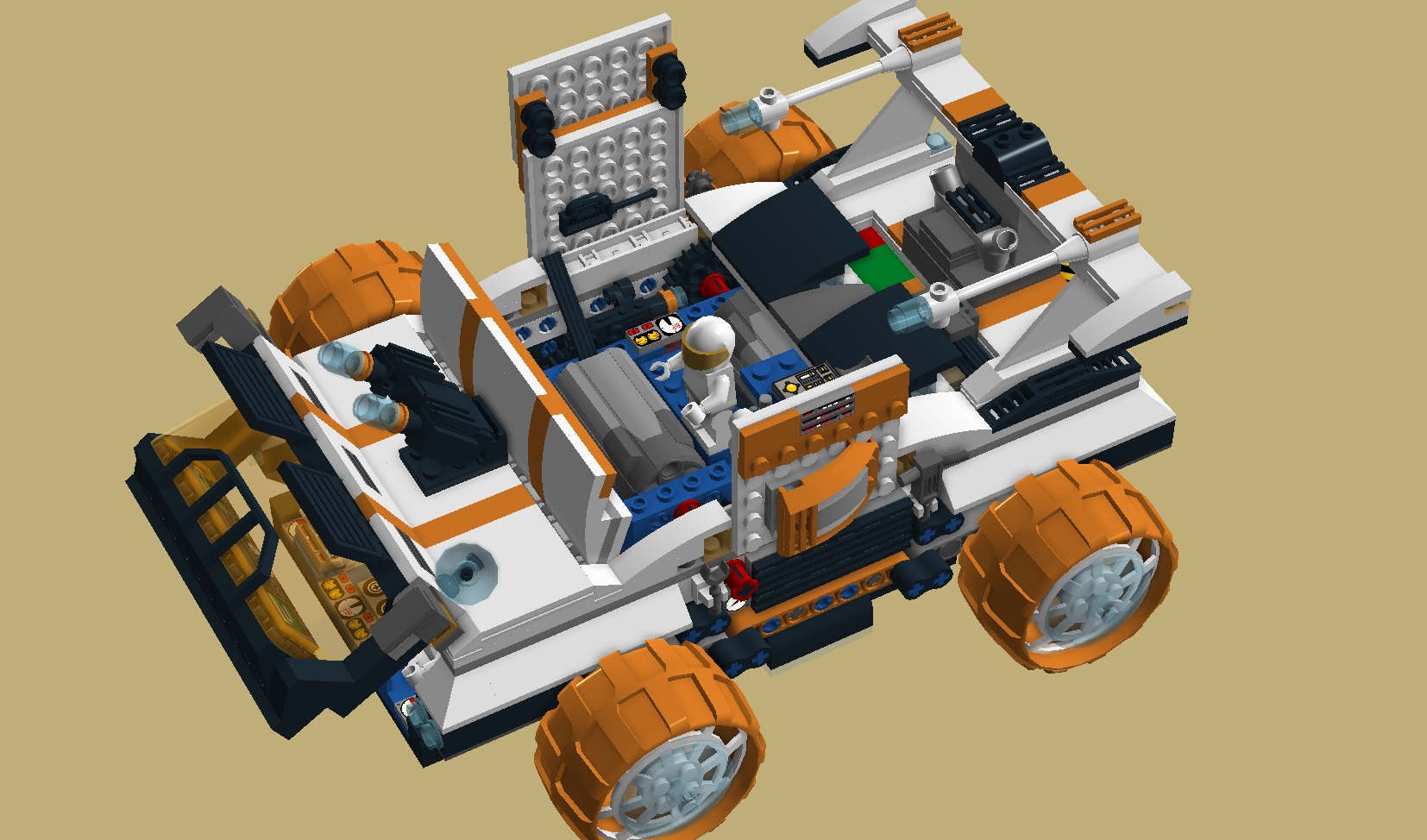 The cockpit and roof can be opened by 4 seperated elements to access the 3 front seats, 4th seat and engines. There is a pass-thorugh from the cockpit to the engines. After opening the roof the gunner can easly access the turret.

Due to the design of the suspesion and gear train each wheel is powered and damped independently. The steering works like a crawler because of the 4WD system. Perhaps an upgrade of the suspension system is needed with increased dumping. If it would be still to flexible, it can be change to fixed-mode. 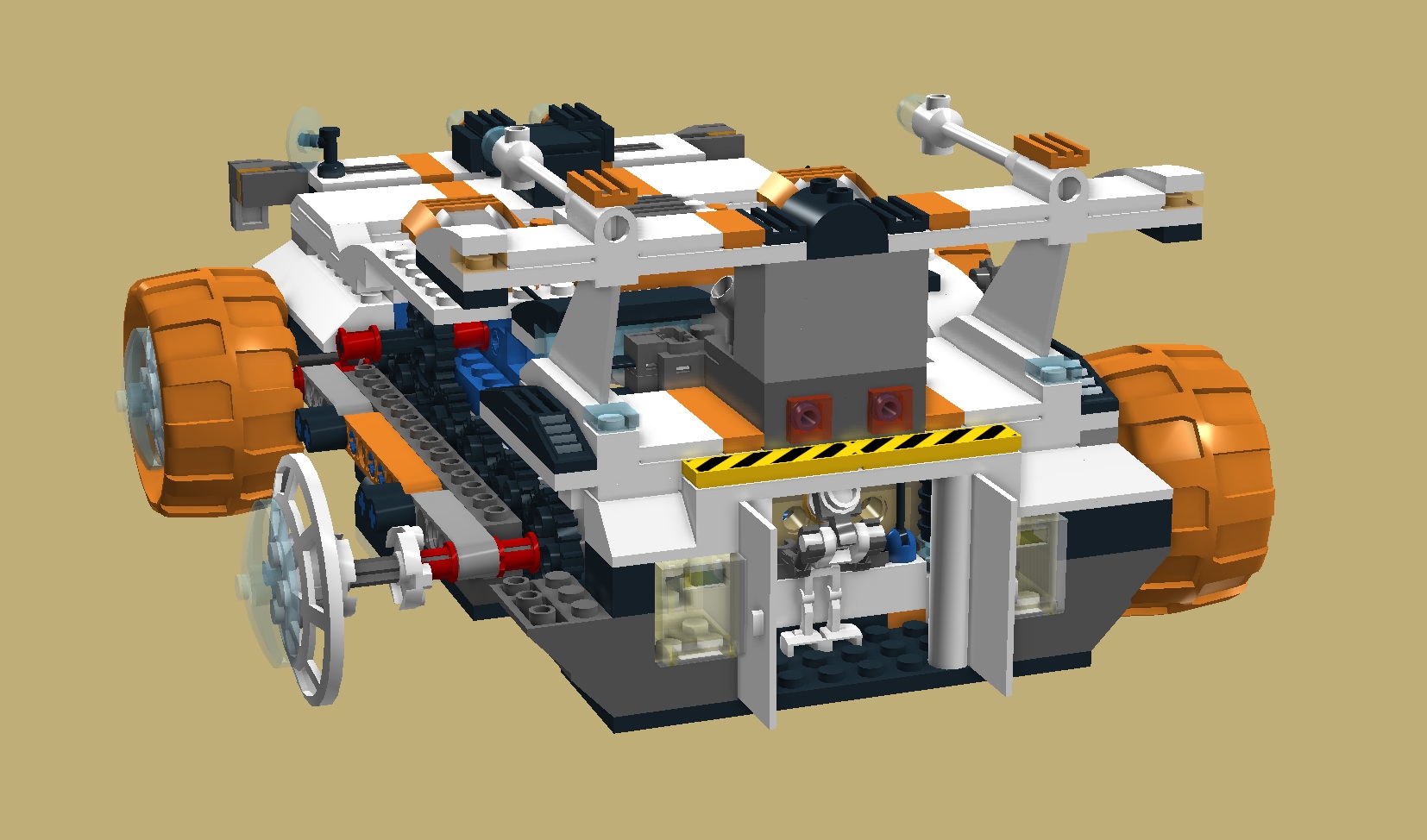 Back View (removed some bricks to show the gear train)

The 4x4 drive is implemented by two gear trains (each train uses 7 wheels with 1:1 transmission) which allow a caterpillar like moving (short turn in place possible), driven by 2 PF M-motors (in the middle, hidden), controlled by a PF RC receiver (at the back, not covered due to reception) and powered by an PF accu pack (in the back, hidden).

A droid is controlling the heavy energy storage in the back to support the astronauts while driving at top speed or fighting. During out of combat situations and if the droid is not needed for the maintenance, a segway or jetpack can be placed in the back. This allowes the astronauts to pass through more narrow trails. 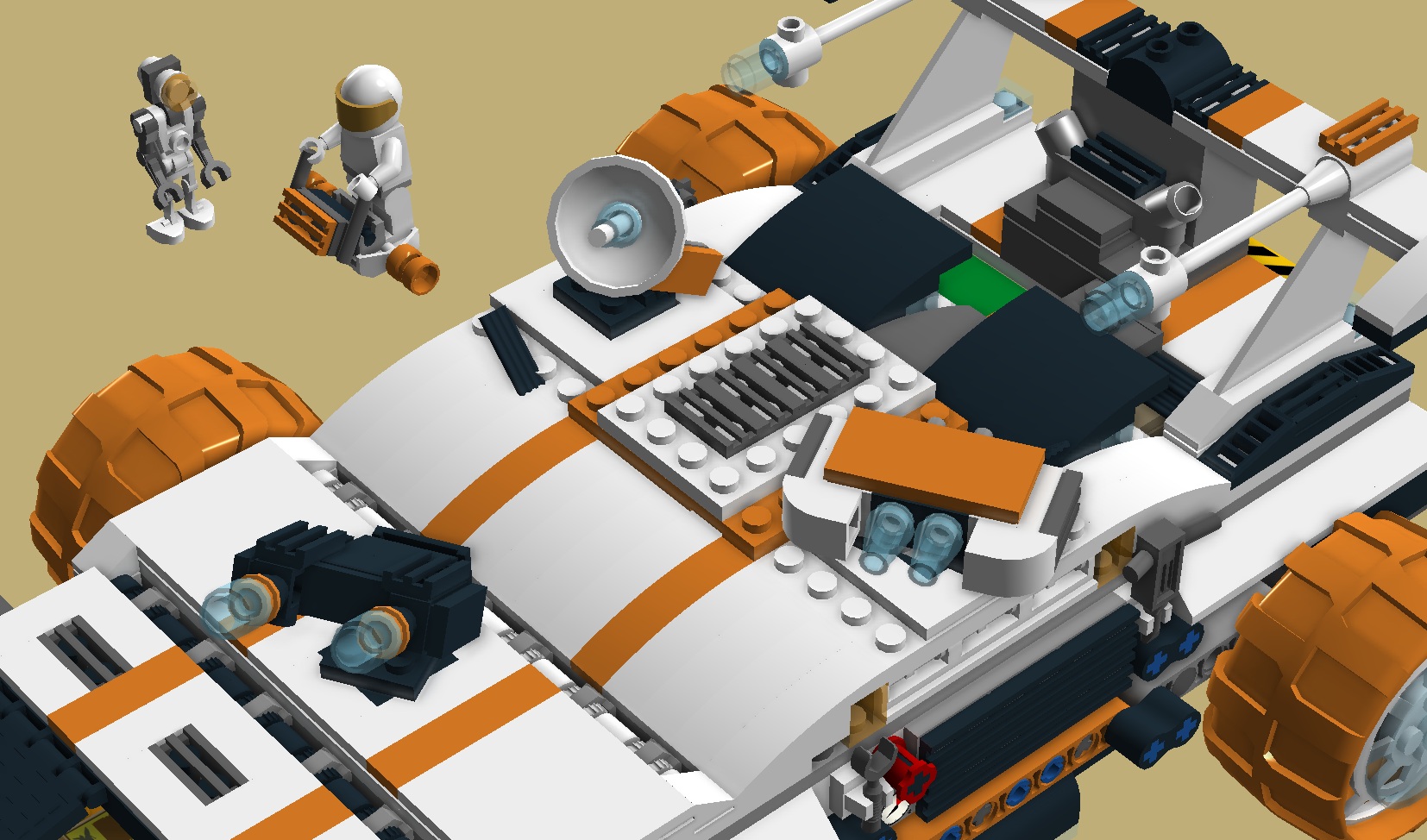 Also an advanced rocket launcher with an own tracking system can be used as alternative setup to enhance the usability of the vehicle.