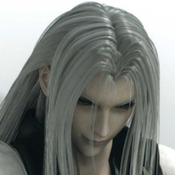 This is my second project here on Lego Ideas and it's a train (or locomotive) .. again. =P

So, this time I've built a german shunter locomotive, which is really iconic here in Germany.

It's not much to say about so model, only that I used a 9V motor on this again because a battery box would change the original look of the locomotive.

The locomotive comes in 3 color variances (all used by the Deutsche Bahn) as well as in 2 different width. The first one is 8 studs wide (looks better), and the second one 6 studs wide (which is better for playing).
There is basically another color variant, but it's just the same as the "dark blue / tan" one, only in "red / tan". Also those 2 were the most commonly used by the DB.

I also added some pictures of my first prototype, which is mostly the same as the narrow locomotive from the render image but with another, not so well looking roof. I will change that next time when I buy new parts.

I hope you all like it. Please check out my other train as well. Thank you!