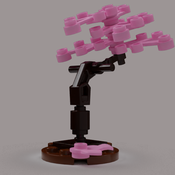 Hello, firstly I would like to thank you for taking the time to click on this link, secondly I would like to ask you to press that big, yellow support button. But no! I forgot, I should explain my design first.
My Idea is meant to represent three 1x1 bricks. I chose these, as these are almost the 'seeds of lego' - Every normal brick, has at least one of these 'In it'. The three colours I chose are Blue, Red and Yellow, which are the main three Lego colours in my perspective.
The first one, Blue, is showing lots of animals and creatures flowing from the inside of a 1x1 brick. The thought behind this is that originally, we had basic Lego bricks, and they have 'evolved' into more intricately moulded pieces. This is showing these more intricate bricks making their way out of a normal lego brick, almost like an animal hatching from an egg.
The second one, Red, shows a man who is drowning in the Lego fluid like stuff emerging from the brick. It isn't meant to mean anything, it can be interpreted how you would like it to be. I an inspired by Nathan Sawaya, who has some creations he has made of melting people. This inspired me to create the melting brick.
The third, and final brick is Yellow. This is meant to show the beginning of LEGO, the lego brick is being painted, which not only links to how Ole Kirk Christiansen was a carpenter, then a wooden toy maker, but also showing creation, the Minifigures, are making it.
I believe this would make a good Lego set as it has so much potential to be developed further and to be made even greater. I think this would look good displayed on a bookshelf or storage unit, as you would display a contemporary piece of artwork. Although, it does have playability!
To click support is completely free. But it would mean the world to me. Go on, you know you want to!