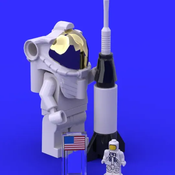 By NASA RocketBuilder
77 comments
Pieces: 710
4 models
25 inches tall
1/110th scale
(Same as Saturn V set)
SpaceX's Falcon Heavy is currently the world's second most powerful operational rocket, only topped by NASA's Space Launch System.
Consisting of a first stage made up of three Falcon nine cores, (Each of which has 9 Merlin rocket engines) and a second stage, the Falcon Heavy's 27 engines combine to generate five million pounds of thrust at liftoff.
The Falcon Heavy's second stage is powered by a Merlin engine designed for maximum efficiency in space. The entire rocket stands at 229 feet tall and is partly reusable. After liftoff, the Falcon Heavy's middle Falcon 9 rocket throttles down until the two outer rockets detach, using their landing legs to land on pads. The center Falcon rocket falls into the ocean after separating from the second stage. 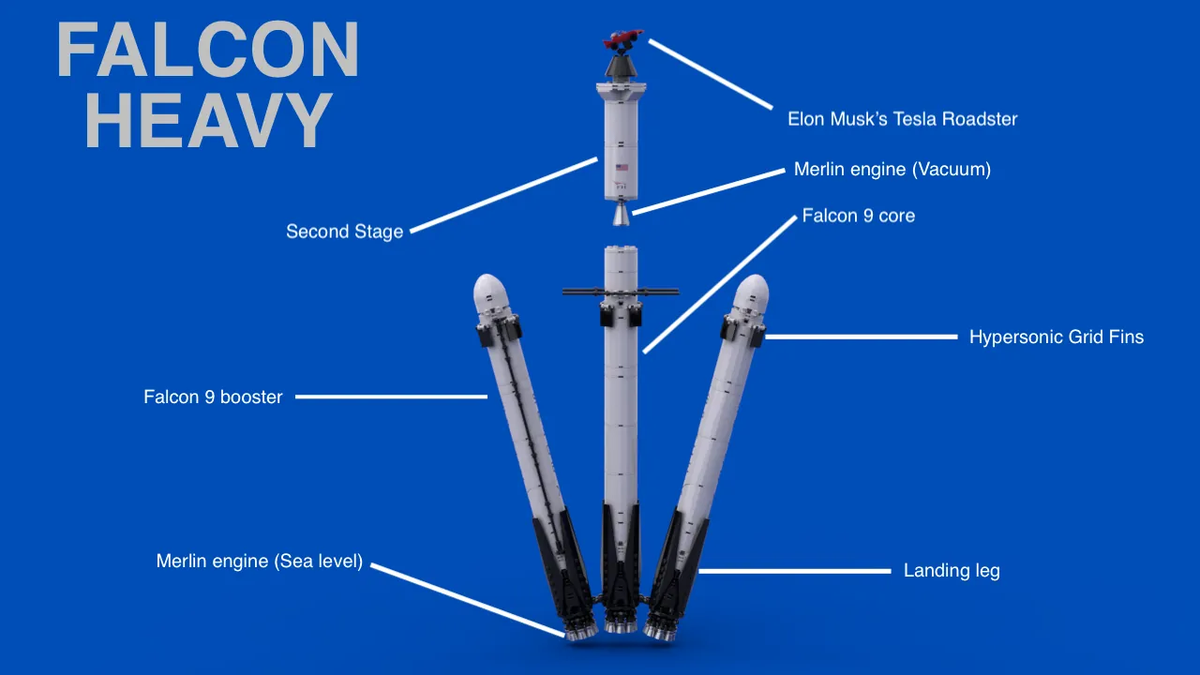 The Falcon Heavy has been launched four times, and several more launches are planned. Elon Musk (Owner, CEO, and Chief designer of SpaceX) had his personal Tesla Roadster used as the test payload for the Falcon Heavy, and it is included in this set.
This set would make an impressive display piece for at home or in your office, a good companion for the LEGO Ideas Saturn V, and a great addition to LEGO's collection of space sets. This model has playability features as well, such as: Detaching stages, adjustable Merlin engines, and movable grid fins and landing legs, and contains four models: One Falcon rocket with second stage, two additional Falcon rockets, and a display stand.