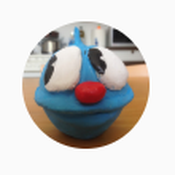 By JayRts
11 comments
LittleBigPlanet is a videogame from 2008, all about creativity and imagination, with both a story adventure involving Sackboy, 3 heroes named Oddsock, Toggle and Swoop, and a light bulb character called Newton, as well as community made levels, its a big franchise, and with a new spin off game coming in 2021, I thought it was about time for it to become Lego, since theyre both all about creativity and imagination, I made a LEGO IDEAS Project based on the final boss of the third videogame in the franchise, which both kids and nostalgic adults will love.