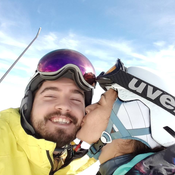 “If one had but a single glance to give the world, one should gaze on İstanbul.”

İstanbul (founded in the 7th century BC as an ancient Hellenic settlement), historically known as Constantinople and Byzantium, a fascinating city built on two Continents; Europe and Asia, divided by the Bosphorus Strait. This is one of the greatest cities in the world, where you can see modern western and traditional eastern vibes combined like a melting pot of many civilizations and different cultures.

The Bosphorus Bridge, officially known as the 15 July Martyrs Bridge is one of the three suspension bridges spanning the Bosphorus strait in Istanbul, Turkey, thus connecting Europe and Asia.

It is a gravity-anchored suspension bridge with steel towers and inclined hangers. The aerodynamic deck hangs on steel cables. Upon its completion in 1973, the Bosphorus Bridge had the fourth, currently 25th-longest suspension bridge span in the world.

Every autumn, the annual Intercontinental Istanbul Eurasia Marathon crosses the bridge on its way from Asia to Europe.

Haydarpaşa Rail Station was a major intercity, regional and commuter rail hub as well as the busiest railway station in Turkey until 2012. Haydarpaşa, along with Sirkeci station (the eastern terminus or Orient Express), are Istanbul's two intercity and commuter railway terminals.

The station building designed with neo-classical structure, built in 1909 by the Anatolian Railway as the western terminus of the Baghdad and Hedjaz railways, has become a symbol of Istanbul and Turkey and is famous throughout the Middle East.

Medieval stone tower, which is one of the city's most striking landmarks, is a high, cone-capped cylinder that dominates the skyline and offers a panoramic vista of Istanbul's historic peninsula. The nine-story tower is 66.90 m (219.5 ft) and was the city's tallest structure when it was built.

According to the Seyahatname of Ottoman historian and traveler Evliya Çelebi, in circa 1630-1632, Hezarfen Ahmet Çelebi flew as an early intercontinental aviator using artificial wings for gliding from this tower over the Bosphorus to the slopes of Üsküdar on the Anatolian side, nearly six kilometers away.

From the top of the tower, the first French panorama painter, Pierre Prévost, drew his "Panorama de Constantinople" in 1818, which was later exhibited in Paris in 1825.

The Maiden's Tower, also known as Leander's Tower (reference to the legend of Hero and Leander) since the medieval Byzantine period, is a tower lying on a small islet located at the southern entrance of the Bosphorus strait 200 m. from the coast of Üsküdar in Istanbul, Turkey.

Restored more than 10 times, the most recent restoration began in 1998 for the James Bond movie. The interior of the tower was been transformed into a popular café and restaurant, with an excellent view of the former Roman, Byzantine and Ottoman capital.

There are many legends about the tower. According to the most popular Turkish legend, an emperor had a much beloved daughter and one day, an oracle prophesied that a venomous snake would kill her on her 18th birthday. The emperor, in an effort to thwart his daughter's early demise by placing her away from land as to keep her away from any snakes, had the tower built in the middle of the Bosphorus to protect his daughter until her 18th birthday. The princess placed in the tower, where only her father frequently visited her.

On the 18th birthday of the princess, the emperor brought her a basket of exotic sumptuous fruits as a birthday gift, delighted that he was able to prevent the prophecy. Upon reaching into the basket, however, a snake that had been hiding among the fruit bit the young princess and she died in her father's arms, just as the oracle had predicted; hence, the name Maiden's Tower.

Tophane Fountain is an 18th-century public water fountain to provide drinking water for travelers and running water for praying people's ritual washing needs; built by Ottoman sultan Mahmud I in the Ottoman rococo architecture and situated in the square of Tophane neighborhood in Beyoğlu district of Istanbul.

The court architect Kayserili Mehmed Ağa has designed the fountain, which has built as a stand-alone structure in the type of a "square fountain". It has the form of a square prism in general. However, the lower half of the structure has an octagonal plan, which transforms into a square at the upper half with the help of muqarnas.