The Chronicles of Champion 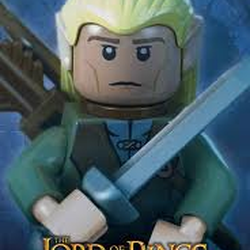 By Erak
2 comments
Story: In a world ruled by an evil pharoah, there is only one man brave enough to stand up for the oppressed. His name? Champion! With his magic Staff of Repulsion, no evil gets in his way without being propelled across the country!
He was born in Ancient Egypt as a poor merchant's son. His magic powers generated from a diamond that his father was selling at the market. One day as a young boy, Gahiji was wandering around his father's market stall when he saw the precious rock. The moment he touched it, a surge of power ran through his body. He passed out and woke up in a sarcophagus and wrapped in strips of linen, like a mummy. He pounded on the lid, but it would not budge. Suddenly, he felt power forming in his hands, and a beam of green light shot out from his fingers, sending the sarcophagus lid hurling upward. He stepped out and found himself standing in a tomb full of many other sarcophagus's. He made his way out of the tomb and found that he was in the middle of nowhere. He spent many years trying to find his way back to civilization, and when he finally did, he found that Egypt had been overruled by an evil pharoah named Hondo. He once tried to defeat the pharoah, but failed. However, he did manage to nearly wipe out the hole Undead Army using his Powers of Repulsion, for which the people of Egypt renamed him Champion. Since then, he has kept the forces of evil at bay for many years and he eventually transferred his powers to a staff.

I hope for this to be a theme that mixes Castle and Pharaoh's Quest.

Really? 35 views and only 2 supporters. Come on, we can do better than that.