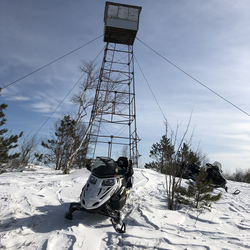 This is my best representation of a modern passenger vessel that would be sailing our oceans today, the ship features a dual level bridge design to increase visibility and make tight maneuvers more possible with the ship. This ship is both safe and luxurious, some of the safety features include 4 crew lifeboats and then 2 sets of 5 passenger lifeboats on either side of the vessel. On the deck above the bridge there are plenty of antennas and radar units and sonar units, there are twin fog horns on the port and starboard sides of the ship. There is a helipad at the bow of the ship so the ship can support an air rescue mission or air supply drop if needed. There are two sets of mooring/ birthing winches on both the bow and stern and also a large tow point on the bow in case the vessel has to be towed. The vessel features a twin brass propeller design also with dual rudders. This vessel has a fair share of features designed for comfortable travel, each cabin facing the water on either the port or starboard side have windows and a patio to give more space and fresh air. There is plenty of open deck space for large events and a large pool 3/4 down the top deck from the bow. Behind the exhaust funnel there are twin full size tennis courts, There are plenty of windows on the exterior of the vessel to let a large amount of natural light into the interior of the vessel, the vessel also features a restaurant with a partial glass ceiling. The color scheme of the vessel is designed to be not too flashy yet stand out, under the waterline is a burgundy red and the rest of the hull is black with white stripe separating it and with white super structures and tinted windows to make the white super structures stand out. I hope you like my creation and support it, feel free to leave comments like compliments or criticism. Thank you for your support!
53
409
days left